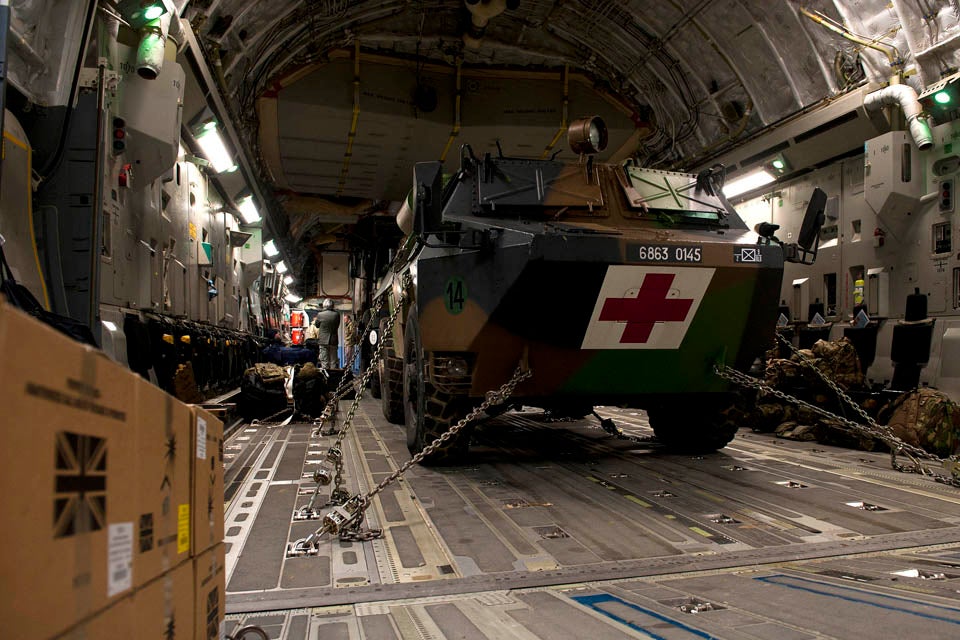 The UK Royal Air Force (RAF) has sent two of its C-17 Globemaster III military transport aircraft to France, as part of the country’s logistical support for French military operations in Mali.

Set off from RAF Brize Norton in Oxfordshire, the Boeing-built aircraft are scheduled to be loaded with armoured vehicles and other military equipment at Evreux-Fauville Air Base in Paris, France, before embarking on a flight to the Malian capital Bamako.

The deployment follows the UK Ministry of Defence’s (MoD) commitment to support French military’s fight against rebels and extremist organisations in the north of Mali, on direct request from the French Government.

The aircraft will not participate in any combat missions, and are scheduled to be used only for quick transport of foreign troops and equipment to the West African country.

"Meanwhile, the MoD has also confirmed its commitment to support the European Union (EU) training mission in Mali."

"We’ll be operating from France to provide support to the region,” Lindsell added.

99 Squadron training flight commander flight lieutenant David Blakemore said: "The fact another nation is coming to the UK to ask for its outsize lift capability is testament to the C-17’s reputation forged over the past decade.”

Meanwhile, the MoD has also confirmed its commitment to support the European Union (EU) training mission in Mali, which will see deployment of 500 European troops, including 200 trainers and 300 force protection personnel, in the West African country as early as next month, The Telegraph reported.

Defense and Civil Spends on Aircrafts in Middle East & North Africa: 2016 to 2024