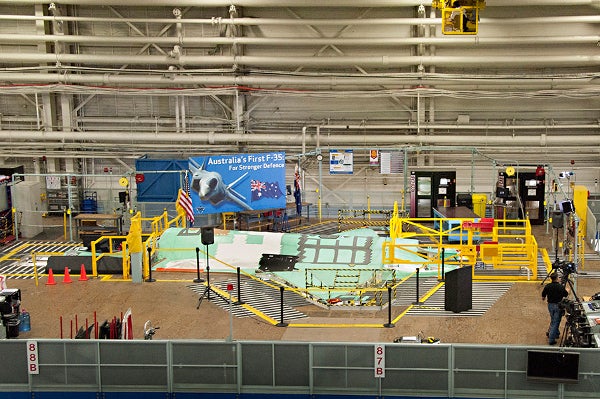 Osley said the first and second F-35A conventional take-off and landing (CTOL) aircraft are expected to roll off the production line in July and August 2014 respectively, and will fly to Luke Air Force Base (AFB) in Arizona, US, for use in the pilot training pool.

F-35 manufacturer Lockheed Martin has recently started assembly of RAAF’s first aircraft, designated as AU-1, with the joining of fuselage parts and wing installation at its manufacturing plant in Fort Worth, Texas, US.

"Lockheed Martin has started assembly of RAAF’s first aircraft with the joining of fuselage parts and wing installation at its manufacturing plant."

RAAF Base Williamtown-based No 3 Squadron is scheduled to operate the first 14 aircraft, which Australia has so far committed to purchase from the US.

Despite the acquisition cost of the new F-35As exceeding the estimated $130m for each aircraft, the price is expected to reduce for the future aircraft, according to Osley, who also noted that the F-35 programme is yet to complete 60% of testing.

"Now they’re up to dropping air-to-air and air-to-ground telemetry weapons. Later this year they will be seeing the first live ‘all up’ missiles and bombs to test end-to-end performance and accuracy," Osley said.