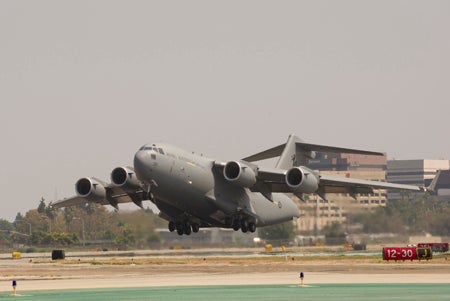 Delivered from Boeing’s final assembly facility in Long Beach, the airlifter will be operated by No. 36 Squadron at RAAF Base Amberley near Brisbane, Australia.

"Individually, the aircraft is impressive – but as a fleet, it has fundamentally enhanced our strategic airlift agility to meet the Australian Defence Force Air Mobility requirements," Brown added.

Airlift and C-17 programme manager vice president Bob Ciesla said: "We look forward to supporting the RAAF and this aircraft as we do the five other C-17s at Amberley."

The remaining 30 are operations with Australia, Canada, Qatar, the UAE, the UK and Nato.