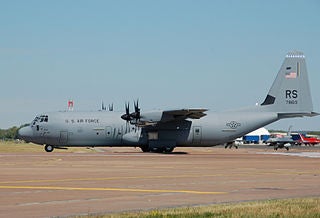 The $12m award follows an initial purchase order secured by the company in August 2012 for planning, tooling and training activities. The work is scheduled to be complete before the delivery of aircraft parts.

Under the new contract, the company will develop and supply wing flaps, each comprising four parts with an aluminium structure and skins of carbon fibre composite, for 24 C-130J aircraft.

The award forms part of a long term agreementwith Lockheed, which is estimated to yield revenues of between $75m and $100m to the company in the next five years.

Manufacturing work will be conducted at the company’s recently established aerospace facility in Bankstown, Australia, and deliveries are expected to begin in December 2013, with an average of two sets per month.

Powered by four Allison AE2100D3 turboprop engines, the C-130J Super Hercules is an upgraded variant of the C-130 Hercules. The aircraft features a glass cockpit, digital avionics and a new flight deck system with a six-bladed propeller.

Image: A USAF C-130J-30 Hercules taxis to the runway at the 2010 Air Tattoo in Gloucestershire, England. Photo: courtesy of Arpingstone.