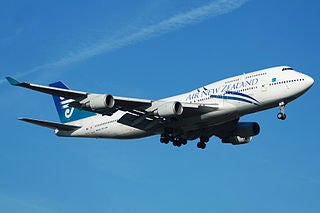 The LAIRCM systems purchased by Qatar will be installed on its B747-800 aircraft, while those acquired by Oman will be mounted on B747-400 and B747-800 aircraft respectively, to boost protection against missile threats.

The potential sales contribute to the foreign policy and national security of the US, and enhance the security of Qatar and Oman, which continues to be important force for political stability and economic progress in the Middle Eastern region.

Northrop Grumman will serve as the prime contractor for both FMS programmes.

Northrop Grumman will serve as the prime contractor for both FMS programmes.

Developed from the AN/AAQ-24(V) NEMESIS, the AN/AAQ-24(v) LAIRCM is a directed infrared (IR) countermeasures system designed to safeguard large transport and rotary-wing aircraft from IR-guided missile threats by confusing its guidance system without requiring input from the aircrew.

The system has been selected for installation onboard the US Air Force’s C-5B, C-130 Hercules, C-17 Globemaster and MC-130H Talon, as well as the Royal Australian Air Force’s A330 tanker and 737 AEW&C aircraft.

The Artillery and Systems Market in Saudi Arabia to 2025: Market Brief