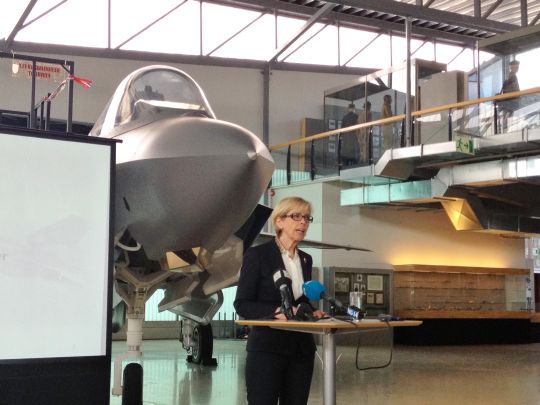 Erichsen said the request demonstrates the country’s ability to advance with F-35 procurement plans for replacement of its F-16 fleet from around 2020, which will eventually enhance the armed forces’ ability to address evolving challenges in future.

”It is important to note that even though we are announcing this plan now, the procurement of aircraft is still subject to annual approvals by the Norwegian parliament,” Erichsen added.

Requesting annual aircraft deliveries from 2017 to 2024, the plan accelerates Norway’s initial purchase by one year, but extends the overall timeframe for the acquisition of all 52 aircraft from four years to eight years.

An initial batch of four F-35A conventional take-off and landing (CTOL) aircraft ordered by the country for training of Norwegian personnel in the US, is scheduled to be delivered in two lots in 2015 and 2016 respectively.

The request also calls for NOK3bn ($507.2m) of funding for uncertainty allowances.

Norway has also received assurances regarding the integration of the JSM missile in to the F-35 fighter during the development cycle during the recent Joint Executive Steering Board meeting of the JSF-programme.

”This is important to us mainly from an operational point of view – we need the JSM to fulfill our operational requirements,” Erichsen stressed.

Defense and Civil Spends on Helicopters in Finland: 2016 to 2024