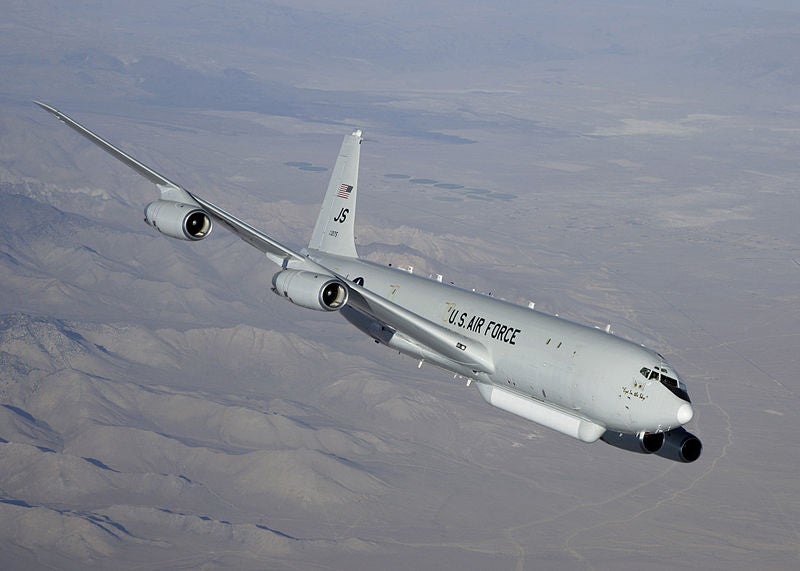 The $43m contract covers replacement of computers in both the operator work stations (OWS) and radar signal processor, installation of larger OWS displays, and the migration of the OWS operating system to a LINUX-based, open-system architecture.

The contract also features three one year options for completion of retrofit of the entire fleet and the upgrade to the system’s on-board network infrastructure will improve the operator communications performance and situational awareness.

"The transition helps the soldiers to take maximum advantage of the Joint STARS system."

Manufactured by Northrop, the E-8C Joint STARS is a long-range, airborne battle management and command-and-control (C2) platform, and conducts ground surveillance to help commanders develop an understanding of the enemy situation, while simultaneously transmitting target locations to aircraft and ground strike forces.

Operated by both active duty Air Force and Air National Guard units (ANG), the Joint STARS has been used extensively during Operation Desert Storm in 1991, and in support of peacekeeping operations in Bosnia-Herzegovina and during the Kosovo crisis.

Image: A USAF’s E-8C Joint STARS aircraft during flight over Edwards Air Force Base in California, US. Photo: courtesy of BurtAlert.