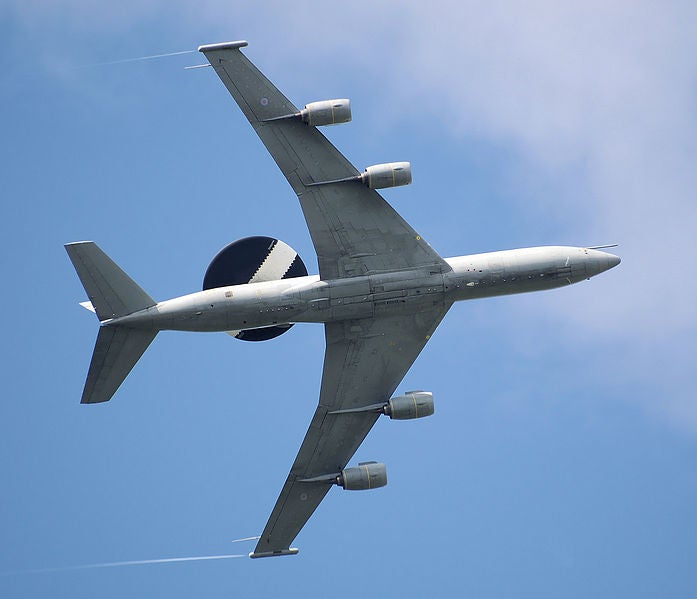 The UK Ministry of Defence (MoD) has awarded a contract to Northrop Grumman for the supply of a fuel quantity indicator system (FQIS) for the Royal Air Force’s (RAF) E-3D Sentry airborne warning and control system (AWACS) aircraft.

Covering FQIS system design, development and integration, as well as testing and support for the RAF Waddington-based AWACS fleet, the contract forms part of the company’s existing E-3D whole life support programme (WLSP), and features a maximum potential value of $17m over the next three years.

Northrop Grumman Technical Services Sentry programme director Kevin Longman said the selection is based on the company-led industry team’s design organisation status and its strong partnering relationship with the MoD.

"We look forward to delivering this important system upgrade that will contribute toward sustaining the AWACS platform," Longman added.

The contract forms part of the company’s existing E-3D whole life support programme and features a maximum potential value of $17m over the next three years.

Scheduled to run until 2025, the E-3D WLSP contract requires Northrop to serve as the design organisation, offering long-term in-country technical support to the programme located at RAF Waddington in Lincolnshire, UK.

A comprehensive range of through-life services are being provided by the company in collaboration with the Air ISTAR Programme Team to support the E-3D AWACS fleet through to its existing out-of-service date.

Work under the latest contract is scheduled to be carried out at both RAF Waddington and the company’s facilities in Virginia and Florida, US.

Manufactured by Boeing, E-3 Sentry aircraft are extensively operated by the RAF for airborne surveillance and command, control and communications missions.