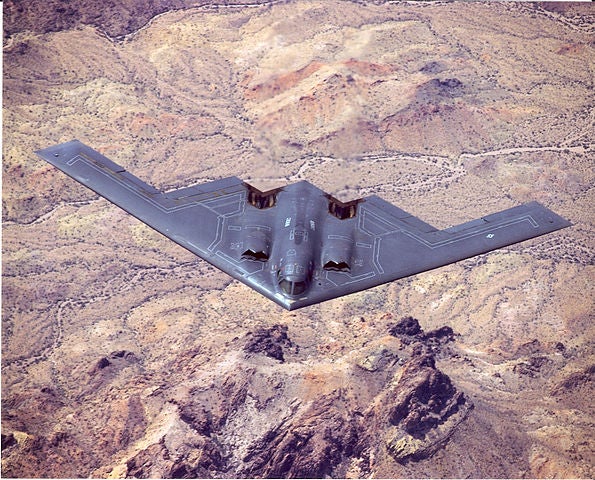 Northrop Grumman has conducted end-to-end testing of a communication system designed to enable the US Air Force’s (USAF) B-2 Spirit stealth bomber to operate with the advanced extremely high frequency (AEHF) satellite system, at its Space Park facility in Redondo Beach, US.

Northrop Grumman B-2 EHF antenna systems product manager Maria Tirabassi said the tests suggested that the integration of B-2 with a new antenna and an extremely high frequency (EHF) radio will enable secure and accurate communication with AEHF satellite network during all phases of mission.

"This capability would allow it to operate more effectively in anti-access/area-denial environments," Tirabassi added.

Conducted at EHF frequencies using secure transmission techniques, the laboratory demonstrations are expected to be repeated by the company using other B-2 satellite terminal candidates, including a government-furnished family of beyond line-of-sight terminal in near future.

The company has also evaluated the AESA antenna’s performance over the entire transmit and receive frequency band, including required range of scan angles earlier this year.

The antenna is expected to enable the bomber to relay and receive battlefield information at significantly faster data rates compared with the existing satellite communications system.

Meanwhile, the company is also planning to demonstrate the ability of the AESA antenna and a terminal to directly communicate ‘over the air’ with an operational AEHF satellite, following completion of the current AEHF laboratory demonstrations.

Image: The USAF’s B-2 Spirit stealth bomber aircraft during its flight. Photo: Courtesy of USAF.