Normally two, pilot on left, commander or instructor on right with one additional crew member for specific mission requirement

Range With one Refuelling

Expand
The B-2 can respond from domestic US bases to conflicts anywhere in the world within hours.
B-2 Spirit is a long-range bomber capable of carrying missions up to 50,000ft. Image courtesy of Northrop Grumman Corporation.
B-2s have successfully released bomb shapes from the rotary launcher and conventional weapons from bomb-rack assemblies.
The trailing edge of the aircraft is of double-W shape. Image courtesy of U.S Air Force photo/Master Sgt. Kevin J. Gruenwald.
The cockpit is equipped with a colour, nine-tube, electronic flight instrumentation system (EFIS)
Re-fuelling gear is situated at the top centre line of the bomber.

The B-2 Spirit is a low-observable, strategic, long-range, heavy bomber capable of penetrating sophisticated and dense air-defence shields. It is capable of all-altitude attack missions up to 50,000ft, with a range of more than 6,000nm unrefuelled and over 10,000nm with one refuelling, giving it the ability to fly to any point in the world within hours.

Its distinctive profile comes from the unique ‘flying wing’ construction. The leading edges of the wings are angled at 33° and the trailing edge has a double-W shape. It is manufactured at the Northrop Grumman facilities in Pico Rivera and Palmdale in California, US.

In July 2019, B-2 marked 30 years since its first flight. The aircraft transformed into a highly advanced bomber with improved avionics technology, stealth and armament.

AHFM stealth coating for B-2 bomber

In November 2011, the USAF awarded a $109m contract to Northrop Grumman for producing a redesigned aft deck for the B-2 stealth bomber.

B-2 Spirit deliveries and bases

21 B-2s have been delivered to Whiteman Air Force Base in Missouri, the first in December 1993.

A new transportable hangar system was developed, which allows the B-2 to be deployed to forward locations overseas.

The hangars are 126ft long, 250ft wide and 55ft high. The first of these hangars has been erected on Diego Garcia in the Indian Ocean.

On 23 February 2008, a B-2 stealth bomber crashed shortly after take-off from Andersen AFB in Guam, the first crash in the aircraft’s history. The two pilots ejected safely from the aircraft, which was not carrying munitions. A USAF investigation into the causes of the crash is underway. The fleet was grounded pending the results of the investigation but was returned to service in April 2008. A USAF investigation released an accident report in June 2008, which concluded that the crash was caused by moisture in the port transducer units. These sensors sent distorted information to the air data system.

Northrop Grumman, the B-2’s prime contractor, leads an industry team that is working on modernising the B-2 bomber. This is done to ensure that craft remains fully mission capable against evolving worldwide threats. A range of upgrade programmes are working on improving the B-2’s lethality; its ability to receive updated target information during a mission, and its ability to collect, process and disseminate battlefield information with joint force commanders or other local first responders worldwide.

In June 2007, Northrop Grumman was awarded a contract to develop an EHF satellite communications capability and computer architecture upgrade for the B-2 bomber. The upgrade includes a Lockheed Martin integrated processing unit (IPU). Flight testing with the new systems was completed in July 2009.

US Air Force and Northrop Grumman Corporation completed the system design review of the new software and computing architecture during July 2008. The new architecture allows the B-2’s new integrated processing unit (IPU) to communicate with the aircraft’s processing applications.

This new architecture provides high-speed data handling environment required to implement future B-2capabilities such as an EHF satellite communications system, and also provides B-2 the ability to destroy moving targets.

The pilot can choose to activate the appropriate selection of flight and mission equipment for take-off mode, go-to-war mode and landing mode by using a simple three-way switch.

The aircraft carries all its weapons internally and is fitted with two separate weapons bays in the centre of the aircraft. The B-2 stealth bomber has the capacity to carry up to 40,000lb of weapons, including conventional and nuclear weapons, precision-guided munitions, gravity bombs and a range of maritime weapons.

Each weapons bay is equipped with a rotary launcher and two bomb-rack assemblies. In tests, the B-2 successfully released B-61 and B-83 nuclear and mk84 conventional bombs from the rotary rocket launcher, and mk82 and CBU-87 conventional weapons from the bomb racks. The B61-11 is an earth-penetrating nuclear bomb for use against deeply buried and hardened targets. The B83 is a strategic free-fall nuclear bomb.

The B-2 bomber can also carry the AGM-129 advanced cruise missile, which is a strategic cruise missile with a range estimated at up to 1,500 miles.

Up to 16 satellite-guided JDAM (joint direct attack munition) missiles can be carried. Northrop Grumman is converting the B-2 bomb rack assembly to a new ‘smart’ configuration, which will increase the number of JDAMs which can be carried to a maximum of 80. The aircraft will also be fitted with the joint stand-off weapon (JSOW), joint air-to-surface stand-off missiles (JASSM) and the wind-compensated munitions dispenser (WCMD) and will be able to carry up to 80 115kg small diameter bombs (SDB).

In June 2007, Northrop Grumman was awarded a contract to integrate the Boeing massive ordnance penetrator (MOP) weapon on the B-2. The MOP is GPS-guided, contains 2,400kg (5,300lb) of explosive and is designed to penetrate hardened, deeply buried targets. B-2 is capable of carrying two MOP weapons, one in each weapons bay.

A generic weapons interface system (GWIS) has been fitted as part of the block 30 upgrade. The GWIS is an integrated digital software package, which allows the B-2 to carry different mixes of stand-off weapons and direct attack munitions on a single sortie, enabling the aircraft to attack up to four different types of targets on a single mission.

Under a contract awarded to Northrop Grumman in February 2008, the USAF has begun a programme to give the B-2 the capability to attack moving targets, using precision-guided weapons such as the small diameter bomb II. The contract involves the upgrade of displays and radar modes.

Countermeasures on Northrop Grumman B-2 Spirit

The Raytheon AN/APQ-181 covert strike radar, operating at J band (Ku band), is a multi-purpose radar with terrain following and terrain avoidance modes. Testing at Edwards Air Force Base has demonstrated reliable terrain following at altitudes down to 200ft.

In April, 2009 Northrop Grumman Corporation delivered to the US Air Force the first operational B-2 stealth bomber to be equipped with newly modernised radar. The aircraft was officially handed off to the air force on at Whiteman Air Force Base, the operational home of the B-2 fleet and the 509th Bomb Wing.

The updated aircraft will be used by air force to conduct additional field testing of the radar, and the data gathered from these decisions will support future fielding decisions.

The B-2 radar modernisation programme replaces the aircraft’s original radar system with one that incorporates technology improvements that have occurred since the B-2 was originally designed in the early 1980s.

In November 2002, Raytheon was awarded a contract to develop a new Ku-band AESA (active electronically scanned array) antenna for the B-2 radar to avoid interference with commercial satellite systems after 2007. Flight tests with new radar began in October 2007 and continued until 2008. Installation of the new antenna on the B-2 fleet is to be completed by 2012.

Navigation and communications of B-2 bomber

The communications equipment is supplied by Rockwell Collins. A Milstar military strategic and tactical relay satellite communications system is installed in block 30 aircraft.

The aircraft have been upgraded with Link 16 communications link.

The aircraft is powered by four General Electric F118-GE-100 turbofan engines internally mounted in the body of the wings.

The engines have an exhaust temperature control system to minimise thermal signature.

The engines, rated at 77kN, provide a high subsonic speed and a maximum gross take-off weight of 336,500lb. In-flight refuelling gear is installed in the top centre line of the aircraft behind the cockpit. 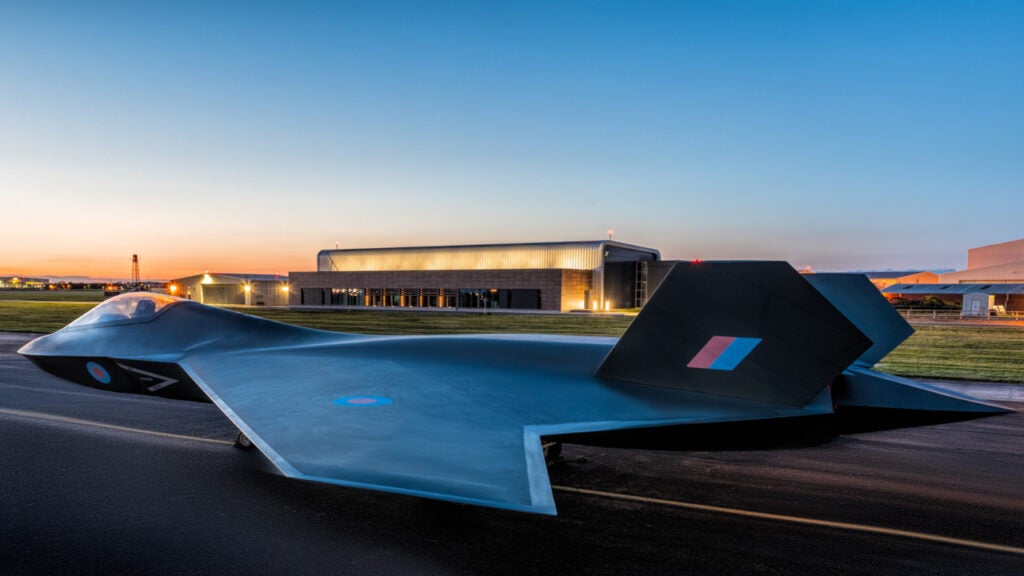 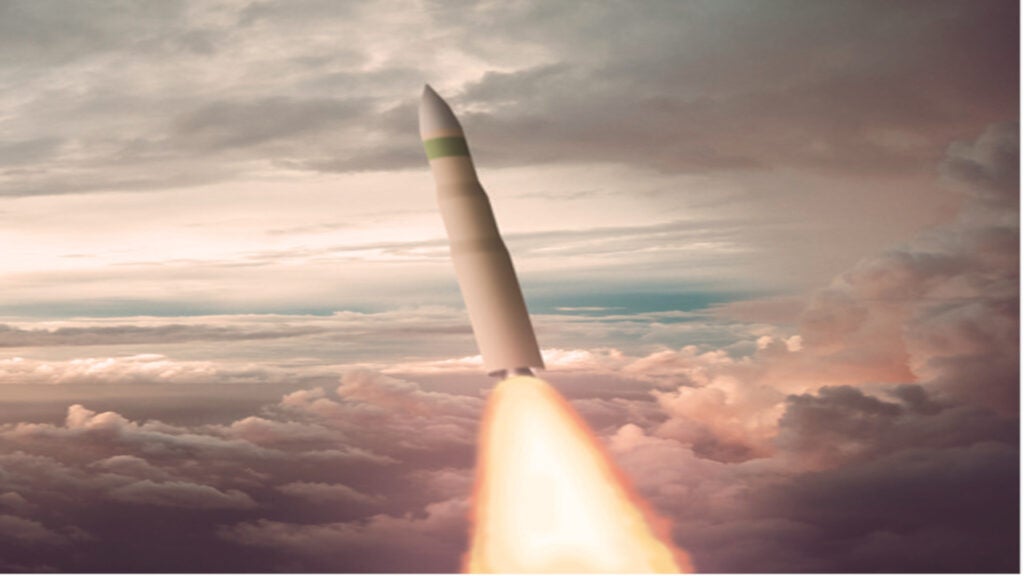 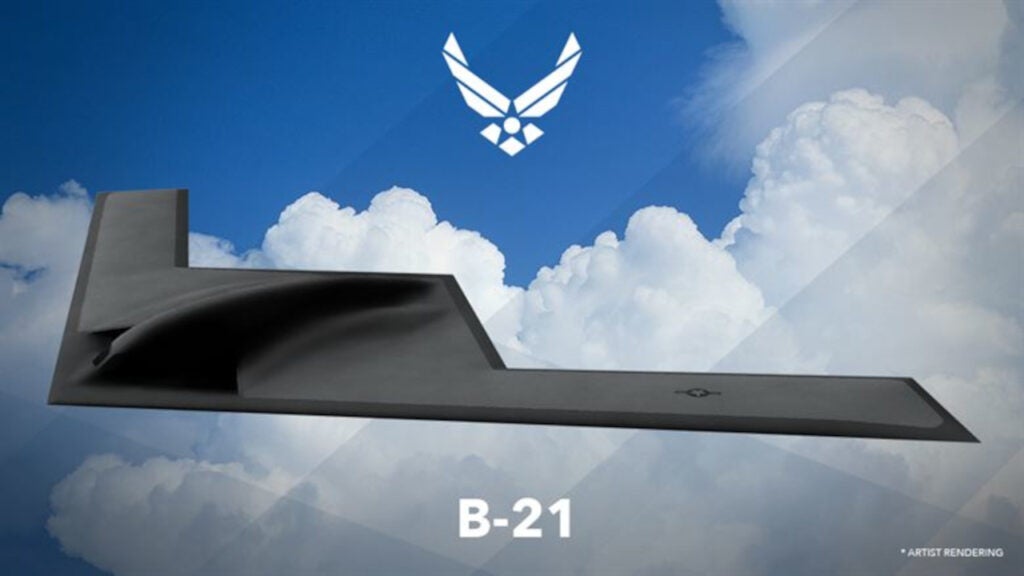