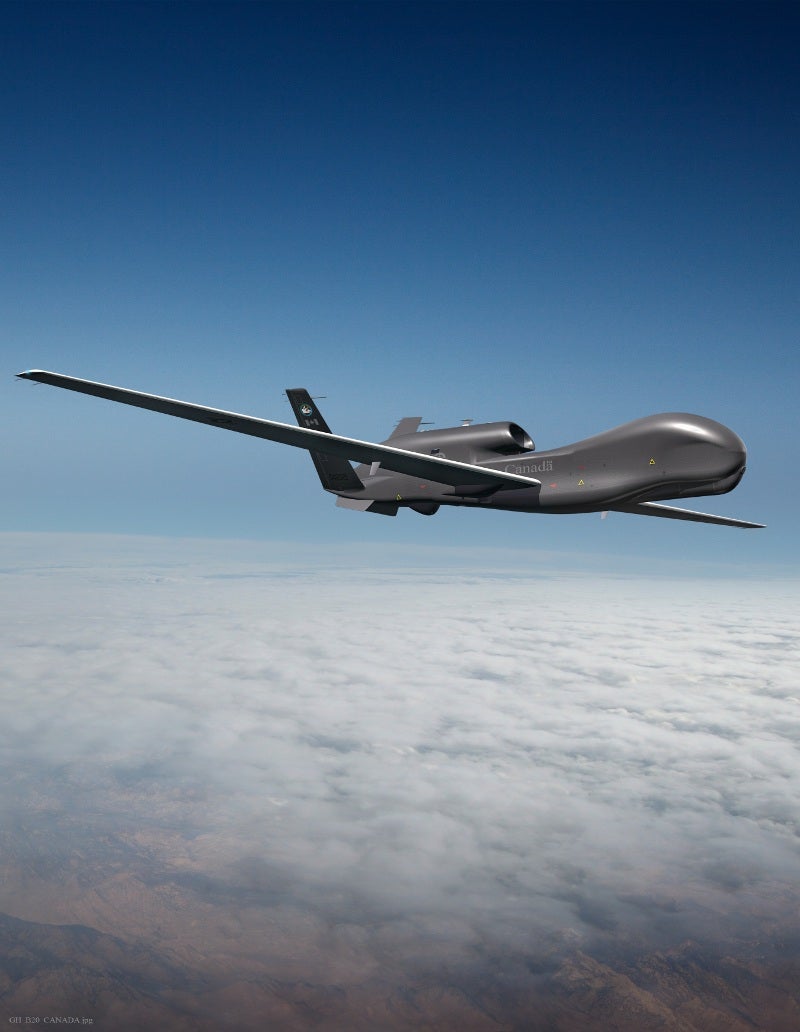 Depending on the air force’s surveillance package requirement, the team will build the new aircraft based on a variant of the existing Northrop-built Global Hawk HALE UAS.

The Polar Hawk features surveillance payloads and a wide range of instrumentation to support science and environmental missions as well as humanitarian missions while providing surveillance over Canada’s territory from the Atlantic to the Pacific territorial waters and coasts.