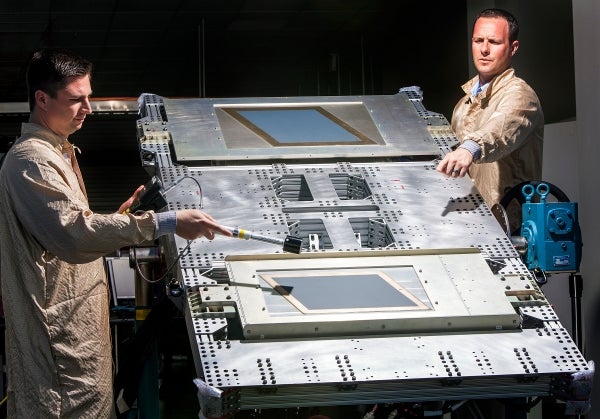 The demonstration was carried out at an undisclosed location using the antenna, a navy multi-band terminal and the satellite, and represents a significant step taken by the company towards reducing the risks and costs associated with development of an EHF satellite communications system for the bomber.

The company successfully demonstrated extended data rate (XDR) communications between the AESA antenna and the AEHF satellite at EHF frequencies during testing.

Northrop Grumman B-2 deputy programme manager Byron Chong said the demonstration marks the first time use of AESA antenna technology for communication with the AEHF network.

"We showed that our antenna will consistently produce and maintain the high-gain beam needed to communicate with AEHF satellites," Chong stated.

Featuring a no radome design, the AESA antenna is designed to support both B-2’s tactical and strategic missions through the addition of new communications capabilities, while maintaining its major operational characteristics.

"The EHF satellite is expected to enable the bomber to relay and receive battlefield information at significantly faster data rates compared with the existing satellite communications system."

The EHF satellite is expected to enable the bomber to relay and receive battlefield information at significantly faster data rates compared with the existing satellite communications system.

Northrop has also evaluated the antenna’s performance over its entire transmit and receive frequency band, and over its required range of scan angles at its Space Park facility in Redondo Beach, US, in May this year.

Serving as the B-2 prime contractor, Northrop leads an industry team that will upgrade the aircraft to ensure it reaches full operational readiness against evolving worldwide threats.

Image: Northrop engineers measuring RF power levels of the transmit array of the new antenna prior to its demonstration. Photo: courtesy of Northrop Grumman.