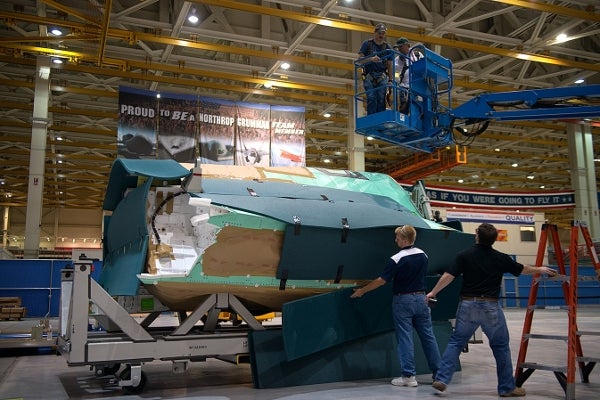 Designated as AL-1, the fuselage is scheduled to be integrated into an F-35 conventional takeoff and landing (CTOL) variant, and represents the first of 90 centre fuselage sections the company will deliver to Lockheed Martin for the Italian aircraft at FACO facility.

Northrop Grumman F-35 programme vice-president Michelle Scarpella said the AL-1 production was started at the company’s integrated assembly line (IAL), which is located at its Palmdale facility in September 2012.

"It’s the 115th center fuselage we’ve completed here in Palmdale, and marks another programme milestone, as we continue to stand up and increase international F-35 participation," Scarpella said.

IAL plays a central role in the production of the F-35 centre fuselage, in addition to increasing the programme’s affordability, quality and efficiency.

"Designated as AL-1, the fuselage is scheduled to be integrated into an F-35 conventional takeoff and landing (CTOL) variant."

Besides centre fuselages, Northrop also designs and manufactures the aircraft’s radar and other key avionics, including electro-optical and communications subsystems, serving as a principal member of the Lockheed-led F-35 industry team.

Currently under development in three versions, including a CTOL variant, a short takeoff and landing (STOVL) and a carrier version (CV), F-35 JSF is a fifth-generation multirole fighter designed to conduct ground attack, reconnaissance and air defence missions with stealth capability.