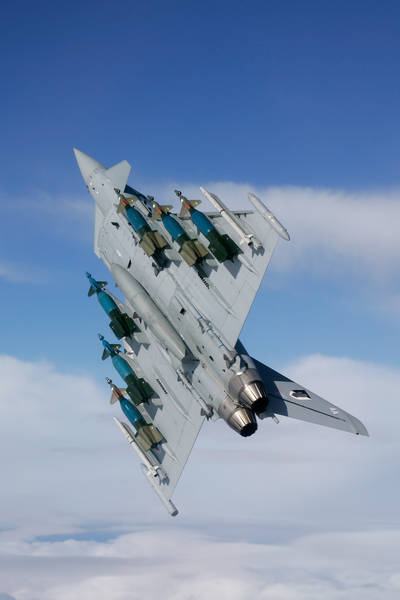 The Nato Eurofighter and Tornado Management Agency (NETMA) has signed a new development contract with Eurofighter for continuous capability enhancements of the Typhoon multi-role combat aircraft. Signed at the ongoing Seoul International Aerospace & Defence Exhibition 2013 (IDEX) in South Korea, the contract covers installation of the Evolution Package 2, which includes multiple improvements, including enhancements to the aircraft’s major avionics sensor, and the radar and the defensive aids sub systems (DASS). The package also features other enhancements that are designed to address the latest operational requests of customers and improvements to the multifunction information and distribution system (MIDS). Eurofighter chief executive officer Alberto Gutierrez said the contract signature marks a significant milestone in Typhoon’s Phase 2 Enhancement programme. ”It brings with it a whole raft of enhancements designed to ensure the capability package we offer our customers is the best on offer anywhere in the world,” Gutierrez said. NETMA general manager Jesus Pinillos Prieto said, ”Eurofighter Typhoon was designed, from the outset, for capability growth, and this package of enhancements is further evidence that we are building on this fundamental strength.”

"The package also features other enhancements that are designed to address the latest operational requests of customers and improvements to the multifunction information."

Additional package improvements cover the flight control system (FCS) and the utility control system (UCS) increasing Typhoon pilots compatibility with evolving requirements within the commercial aviation air space environment. NETMA and Eurofighter have also signed a contract for integration of Meteor beyond visual range air-to-air missile on to the Typhoon during the Paris Air Show in June 2013. The Evolution Package 2 is scheduled to be delivered by the end of 2015. Typhoon is a twin-engine, canard-delta wing, multirole fighter manufactured by a consortium of EADS, Alenia Aeronautica and BAE, for deployment during air operations, including air policing, peace support and high-intensity conflict missions worldwide.