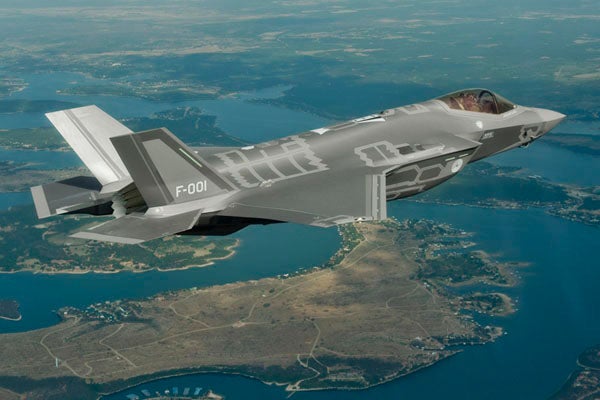 The Netherlands Ministry of Defence (MoD) has taken delivery of the first F-35 Lightning II joint strike fighter (JSF) aircraft from the US Government at the flight-line of Lockheed Martin’s facility in Fort Worth, Texas, US.

Accomplished after comprehensive inspection, the move also represents the first ever delivery of F-35A conventional takeoff and landing (CTOL) aircraft to an international partner in the F35 programme.

Two F-35A CTOL aircraft were ordered by the MoD for participation in the US-led operational test and evaluation of the F-35 aircraft in 2009 and 2011 respectively.

Since the ministry is now responsible for the maintenance and safety of the aircraft, some local defence employees will undergo technical training, and subsequently supervise maintenance works by the US and respective accounts.

In the next few days, the aircraft is expected to be transferred to a US air force base in Florida, and will be kept in storage until theNetherlands takes a final decision on how to replace its F-16 Fighting Falcon fleet.

During storage period, the aircraft is scheduled to be used for technical ground tests.

Meanwhile, production of the second F-35A test aircraft has been completed, and some tests and acceptance flight trials are currently underway.

Having considered procurement of around 85 F-35 aircraft at a cost of €4.5bn in 2002, the Netherlands is now planning to cut its order to between 52 and 68 fighters citing cost overruns, programme delays and uncertainty over the its defence strategy, as reported earlier by Reuters.

Currently under production with Lockheed in three versions, including a CTOL variant, a short takeoff and landing (STOVL) and a carrier version (CV), the F-35 Lightning II is designed to conduct ground attack, reconnaissance and air defence missions with stealth capability.