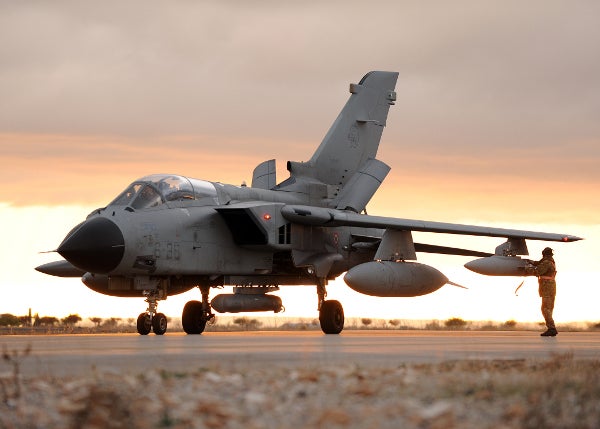 TLP 2012, which commenced on 05 November at Albacete Air Force Base in Spain, is attended by pilots from France, Italy, Belgium, Poland, Spain, UK and the US.

Divided into 16 planned air missions, the exercise provides each pilot with an opportunity to work closely with other allied air forces by placing them in specific planning groups tasked with carrying out certain objectives, testing the cooperation of the multinational team.

”We are able to integrate the pros and cons of each asset now so we can push forward as one unit, which is much more effective than ten to 15 nations acting separately,” Sirk added.

David Dubel, 480th FS pilot and TLP participant US Air Force captain, said: "TLP allows us to work together utilising Nato standard procedures and an opportunity to understand the capabilities and limitations that each nation brings to the fight."

The exercise also provides a free exchange of information on weapons, tactics and capabilities to help improve the participants’ understanding of modern air warfare missions.

The training starts with basic tasks and feature more complex objectives in later stages, to create a more effective combat capability as a coalition, according to Sirk.