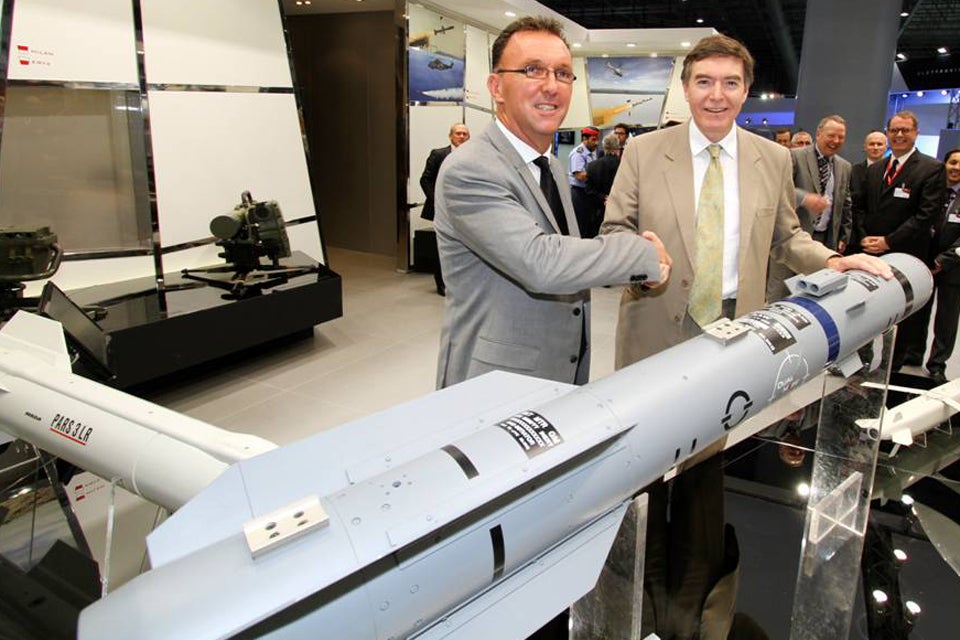 MBDA has received a multi-million pound contract from the UK Ministry of Defence (MoD) for the supply of an additional batch of Brimstone air-to-surface missiles.

Announced at the ongoing 2013 Dubai Air Show, the £35m contract is designed to guarantee Brimstone supply for the next five years in order to help sustain the Royal Air Force’s (RAF) stockpile.

The missiles are scheduled to be manufactured and assembled by MBDA at its facilities in Bedfordshire and Bolton, UK, securing 20 specialist jobs.

UK Defence Equipment, Support and Technology minister Philip Dunne said the missiles have continued to prove their effectiveness on operations, and are key to protecting the UK forces in Afghanistan.

”This contract will ensure our Brimstone missiles are fully primed for use with the RAF for years to come,” Dunne said.

"The missile is also expected to be integrated onto the RAF’s Typhoon and the future F-35 Lightning II joint strike fighter (JSF) aircraft."

MoD Defence Equipment and Support organisation Weapons Operating Centre Engineering head air commodore Mike Quigley said: ”Brimstone plays a vital part in our modern and sophisticated arsenal of precision strike weapons and securing this contract means a consistent delivery of weapons to the RAF as and when they are needed.”

The dual mode Brimstone is a long-range, anti-armour missile, designed to attack and destroy a wide range of static and mobile targets, such as tanks and armoured vehicles in difficult urban environments with minimum collateral damage.

Equipped with a millimetric wave radar and laser seeker combined with a small warhead for enhanced accuracy, the missile entered operational service as an urgent operational requirement (UOR) onboard RAF Tornado GR4 fighters in Afghanistan, in 2008.

Extensively used during Operation Ellamy in Libya, the missile is also expected to be integrated onto the RAF’s Typhoon and the future F-35 Lightning II joint strike fighter (JSF) aircraft.