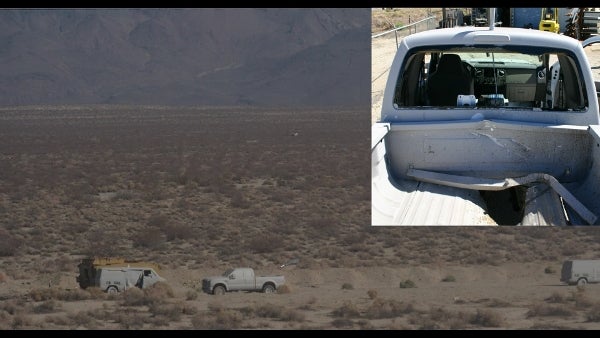 MBDA has successfully conducted a series of Brimstone 2 missile test firings to demonstrate performance of the latest guidance system upgrades being added to the missile under the UK Ministry of Defence’s (MoD) Brimstone 2 programme.

Carried out at an undisclosed location, the trials involved firing five missiles at multiple targets from a range of launch conditions, including long-range and high off-boresight, and against targets transiting representative cluttered environments.

Equipped with a telemetry system in place of a warhead, the missiles flew their optimum trajectory, immediately acquiring the laser returns, and subsequently fused and correlated the laser and MMW RF radar target tracks to ensure a direct hit on the targets, travelling at a speed of 70 mph.

The Brimstone 2 programme is based on the combat-proven Dual Mode Brimstone (DMB) capability, featuring a 200% increase in off boresight and maximum range capabilities, and enhanced laser and dual mode performance against an array of static, fast-moving and manoeuvring targets at very long ranges and against significantly lower reflectivity targets in highly cluttered environments.

Other significant performance improvements include increased manoeuvrability both for release from fast-moving and manoeuvring platforms, and to further increase performance against highly dynamic targets in the end game, according to the company.

In addition to ensuring optimum flexibility and survivability for the platform, the performance enhancements are also expected to reduce the process and time required for engagement of time sensitive targets.

The upgrades will enable aircrew to stand off at longer ranges, engage targets from a close air support (CAS) wheel without the requirement to revert to straight and level flight, in real-time cluttered environments.

Brimstone is a long-range, anti-armour missile, designed to attack and destroy a wide range of static and mobile targets, such as tanks and armoured vehicles in difficult urban environments with minimum collateral damage.

Image: All five Brimstone 2 missiles scored a direct hit against respective targets during a recent testing by MBDA . Photo: © Crown.