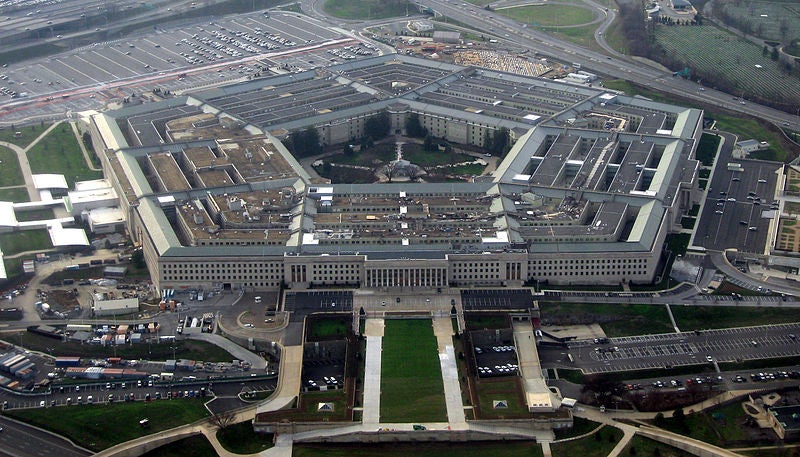 US-based global security and aerospace company Lockheed Martin has secured a new $320m contract to continue providing enhanced IT and telecommunications services to the US Air Force within the Washington metro region.

As part of the one-year base, nine options contract, Lockheed Martin will operate the Network Command Center and offer a host of services to the air force’s National Capital Region IT communications network, which is used by its personnel in the Washington, DC area – including the Pentagon, Joint Base Andrews and Joint Base Anacostia-Bolling.

Lockheed Martin will operate the Network Command Center and offer a host of services to the air force’s National Capital Region IT communications network.

Lockheed Martin Information Systems and Global Solutions Enterprise IT Solutions vice president Angela Heise said: "We’ve made tremendous strides during our time on this program. From significantly reducing helpdesk call times for our customers, to consolidating the Joint Base Anacostia-Bolling and Joint Base Andrews networks."

Heise added: "Doing more with less is an ultimate goal of affordability, and while we’ve made significant progress over the past nine years, our employees will continue to create the next wave of IT innovations to drive cost down and efficiency up."

Besides site consolidations, Lockheed Martin has set up Shared Computing Environment (SCE) project for the migration of enterprise platforms across a unified infrastructure of storage, computers, networks, and virtualisation environment to create a virtual computing space.

The project is in line with the vision of the Air Force’s 844th Communications Group – Centralized – Optimized – Delivering Excellence.

Image: An aerial view of the Pentagon. Photo: Courtesy of David B. Gleason.