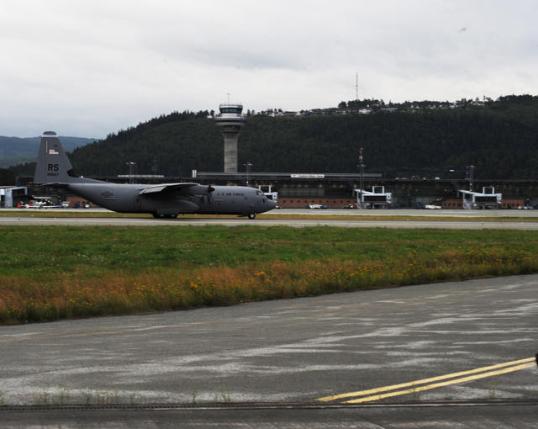 Designed using an array of armour formulas and configurations, LAST is a field installable appliqué armour system capable of safeguarding a broad spectrum of fixed and rotary wing aircraft against small arms up to and including 7.62mm AP, and 7.62mm x 54R steel core ball rounds.

Manufactured using the same armour parts as those used in the kits of C-141, C-17 Globemaster III, and rotary wing / vertical lift aircraft, such as the UH-60 and Bell 212, the logistically completely self-contained kits can be easily installed into AC-130J with any modifications in less than an hour even in forward austere locations.

QNA Technology Solutions has been supplying high-quality armour systems to the C-130 aircraft community for the last 15 years.

”Our experts are working at the forefront of material sciences and process enhancements to offer the latest technology for modernisation requirements,” Rogers added.

Besides supplying the LAST armour system, QNA has also collaborated with major technology innovators, including Incident Control Systems and TenCate Advanced Armor USA, for production of the best possible solutions for AC-130J gunship’s ballistics modernisation as part of LOX programme.

A heavy-armed ground-attack aircraft version of the C-130 Hercules aircraft, the AC-130 gunship is used by the US Air Force (USAF) to conduct close air support, air interdiction and force protection missions, including defending air bases and other military facilities.

The aircraft has been extensively used by the USAF during Operation Enduring Freedom in Afghanistan and Operation Iraqi Freedom in Iraq, as well as by US Special Operations forces during attacks on suspected al-Qaeda militants in Somalia in 2007.

The Military Radar Market in the UAE to 2024: Market Brief