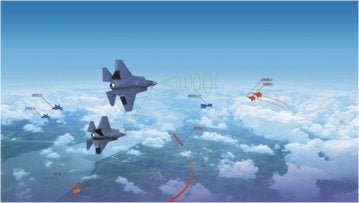 The delivery is part of a contract awarded by Lockheed to Dutch Space and National Aerospace Laboratory (NLR) in early 2009, and is designed provide pilots with realistic and effective in-flight mission training.

Jointly developed by Dutch Space and NLR, the E-CATS is an advanced training simulator system that features the operational systems of a fighter aircraft. The system offers in-flight training and simulated combat scenarios, including virtual air and ground adversaries to the pilots.

Simulating real hostile threats within the concept of live, virtual, constructive training, the system enables F-35 pilots to conduct training anywhere and at any time, eliminating the need for an instrumented training range.

The simulator allows for both single-ship and multi-ship embedded training (ET) for pilots, even in limited air space and above sea, where it is nearly impossible to install ground threats.

The E-CATS reduces the number of aircraft required to serve as air adversaries, thereby generating savings on fuel, manpower and airframe life, in addition to enabling more training content per flying hour.

The system’s single-ship capability was first demonstrated in April 2004, on an operational F-16 MLU fighter aircraft of the Royal Netherlands Air Force (RNLAF), followed by a multi-ship demonstration in 2007.