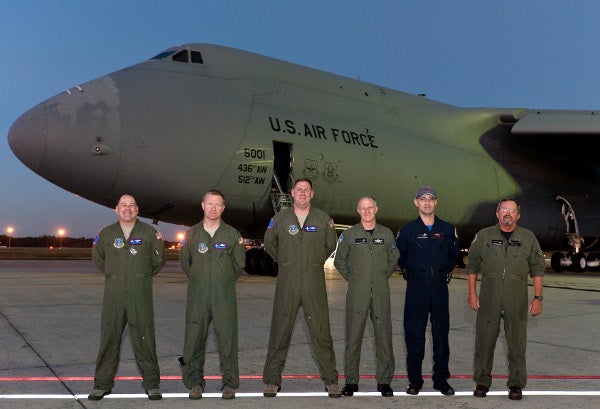 Conducted jointly by USAF and Lockheed technicians and flight engineers, the joint acceptance flights mark the final phase of the programme to handover the aircraft back to the air force, by lowering total delivery time by between two to four weeks.

”This is just one step of many we are implementing to increase the rate of C-5M deliveries to our warfighters,” Ulmer added.

The C-5M Super Galaxy is an upgraded version of the C-5 Galaxy aircraft, and features an increased 58% climb rate to an initial cruise altitude to facilitate greater cargo transportation from airfields over long distances.

A total of 79 C-5 aircraft, including A, B and C models are being upgraded by Lockheed as part of a comprehensive two-phase modernisation programme, including the Avionics Modernization Program (AMP) and the Reliability Enhancement and Re-engining Program (RERP).

The $70m C-5 AMP phase, which was completed earlier this year with the delivery of the 79th and final aircraft to USAF, involved the installation of a mission computer, glass cockpit with digital avionics, as well as advanced communications, navigation and surveillance components for air traffic management.

Of the 79 AMP aircraft, 52 are scheduled to undergo RERP, which involves reequipping the aircraft with new General Electric CF6 engines, as well as more than 70 additional improvements to major components and subsystems.