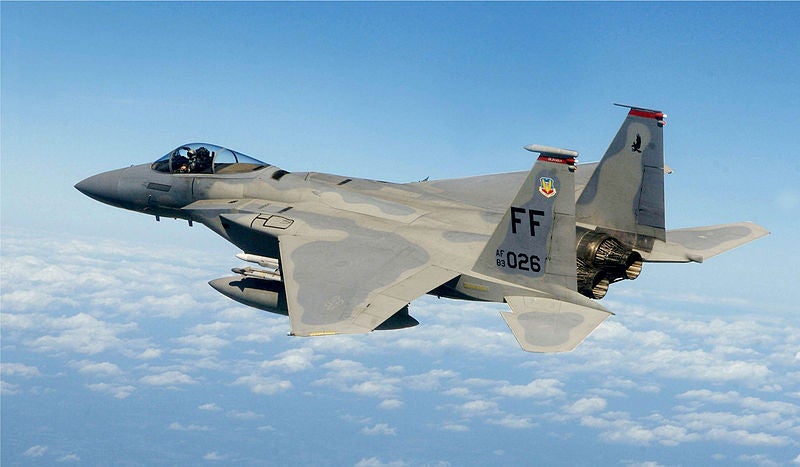 Lockheed Martin has awarded a contract to LightWorks Optical Systems for production of specialised infrared focus assemblies (IFAs) that are integral to the F-15 Eagle fighter aircraft’s infrared search and track (IRSTTM) system.

Valued at more than $15m, the contract represents the company’s second order for IFA production, and also includes an option for the supply of up to 80 additional optical assemblies through 2013.

Combined with a series of other related contract awards, the new order takes the total value of the company’s commitments associated with US foreign military sales (FMS) contracts to more than $42m.

View All
"The contract represents the company’s second order for IFA production, and also includes an option for the supply of up to 80 additional optical assemblies through 2013."

”Especially gratifying is our collaboration with Lockheed Martin to re-qualify an improved ultra-durable coating for the domes that will extend the life-cycle of the IRST optics,” Riser said.

LightWorks is manufacturing optics for the F-15 IRST IFA and external window, or dome assembly, since 2002.

Capable of mounting on multiple locations on the aircraft, the system can also be used as an alternative to radar-based search-and-track applications, when external radar is being used to vector them onto a target.

Deliveries have already commenced and are anticipated to continue until early 2017.