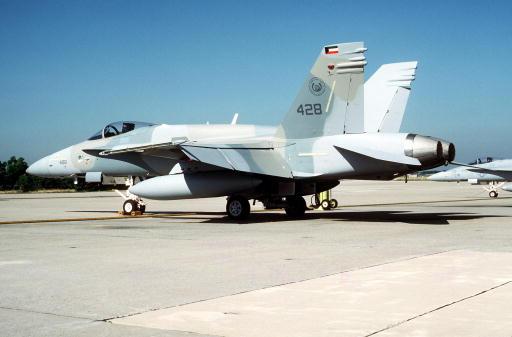 The US Defense Security Cooperation Agency (DSCA) has notified Congress of a potential foreign military sale (FMS) to Kuwait of technical and logistics support for the F/A-18 C/D Hornet strike fighter aircraft.

Under the estimated $200m FMS, Kuwait has requested continuation of logistics support, contractor maintenance, and technical services in support of the F/A-18 C/D aircraft, including avionics software upgrade and engine component improvement services.

The single and two-seat variants of F/A-18 Hornet, the F/A-18C and F/A-18D aircraft, feature upgraded radar and avionics, as well as the ability to carry new missiles such as the AIM-120 air-to-air missile (AMRAAM) and AGM-65 Maverick and AGM-84 Harpoon air-to-surface missiles.

The aircraft is also capable of converting from air-to-air fighter missions to air-to-ground strike missions while on the same sortie.

Besides participating in military exercises with the air forces of other Gulf countries, Kuwait Air Force’s F/A-18 C/D Hornets were extensively used during Operation Southern Watch over Iraq in the 1990s.