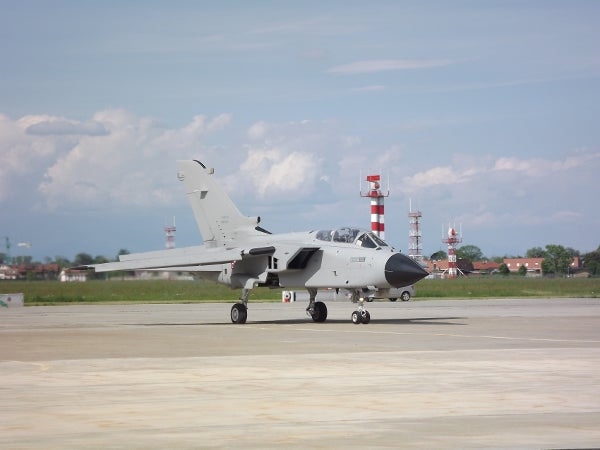 Alenia is under contract to provide ITAF with a total of 15 Tornado ECR fighters, which are primarily designed to localise and suppress hostile air defence radar emitter sources by anti-radar missiles.

As a technical and programme lead, the company is modernising the aircraft’s avionics and systems through installation of an integrated IN-GPS navigation system supported by a multi-mode receiver system for approaches and instrument landing system blind landings.

Improvements have also been made to Tornado’s electronic recce capacity through the addition of new functionalities, which are connected with threat identification and localisation, such as ELS multi-ship ranging.

Tornado is a variable-sweep wing combat aircraft being developed by Panavia, a consortium of Alenia Aeronautica, EADS and BAE Systems, in three primary variants for air strike missions.

The aircraft is already in service with the German Air Force, the Royal Saudi Air Force and the UK Royal Air Force.

The variants include the Tornado interdictor / strike fighter-bomber for suppression of enemy air defences, the ECR version and an air defence variant interceptor.

Defense and Civil Spends on Aircrafts in Argentina: 2016 to 2024