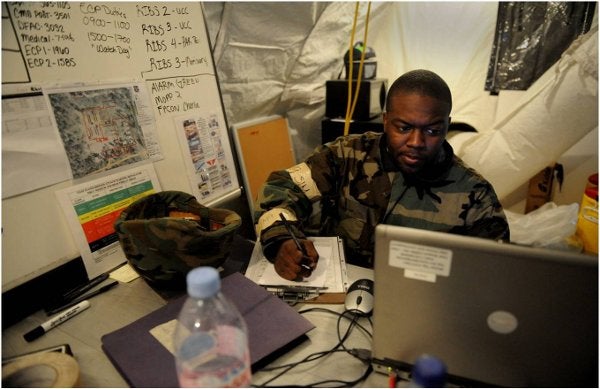 Intelligent Software Solutions (ISS) has been awarded a contract to provide support for the US Air Force’s (USAF) command and control applications and information services development (C2AD) contract.

As part of the contract, the company will support the air force in replacement and extension of its legacy Theater Battle Management Core Systems-Force Level (TBMCS-FL), in addition to the development of C2 applications and information services for air, space and cyberspace domains in the next five years.

ISS C2ISR Systems vice president Marcus Featherston said the company has been delivering critical C2 software and applications in support of the USAF’s operations worldwide for many years.

News
GA-ASI collaborates with 114ai to develop multi-domain technologies
Data Insights
View All
"The company will support the air force in replacement and extension of its legacy TBMCS-FL."

"Through this contract and others like it, we will continue to help the air force enhance its C2 and data fusion capabilities well into the future," Featherston added.

Capability packages (CP) provided under the contract are expected to address requirements throughout the full software lifecycle, starting from concept development through to fielding and sustainment activities.

The company will also deliver architecture and functionality improvements, in an effort to enhance warfighter productivity, compared to current systems, which in many cases are using technology originally deployed more than a decade ago.