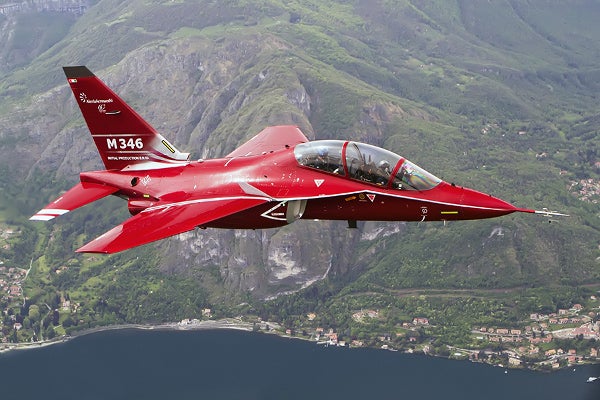 The Israeli Ministry of Defence (MoD) has awarded a contract to Alenia Aermacchi to supply its M-346 Master as the new advanced combat trainer to the Israeli Air Force (IAF).

Awarded as part of a potential $1bn government-to-government agreement, the company will supply 30 aircraft, along with engines, maintenance, logistics, simulators and training support to the air force.

Alenia Aermacchi chief executive officer Giuseppe Giordo said that the contract award resulted from the technological and productive excellence of the Italian industry, the highly regarded collaboration between the two countries and the synergies with the Italian Defence Ministry.

"This achievement is an outstanding success for Italy, both at institutional and industrial level," Giordo added.

M-346 Master was first selected by IAF over South Korea’s T-50 Golden Eagle in February 2012, to serve as its new combat trainer, by replacing its ageing fleet of American Douglas TA-4 Skyhawks, which served as the training apparatus for 40 years.

The first aircraft is expected to be delivered to IAF in the middle of 2014.

As part of the Government-to-Government deal, Italy will also purchase $1bn worth of Israeli defence equipment, such as satellites and airborne warning and control system (AWACS) aircraft.

Based on the Russian Yak-130 combat trainer, the M-346 Master is a military transonic trainer aircraft designed to offer combat pilot training for frontline fighters with high angle-of-attack capability.

Powered by two Honeywell F124 engines, the lead-in fifth-generation fighter features a fly-by-wire control system to enable the aircraft to remain fully controllable at angles of attack of over 35°, as well as an integrated digital avionics suite with the ability to simulate sensors and threats in flight.

The aircraft has also been ordered by Italian and Singapore air forces.