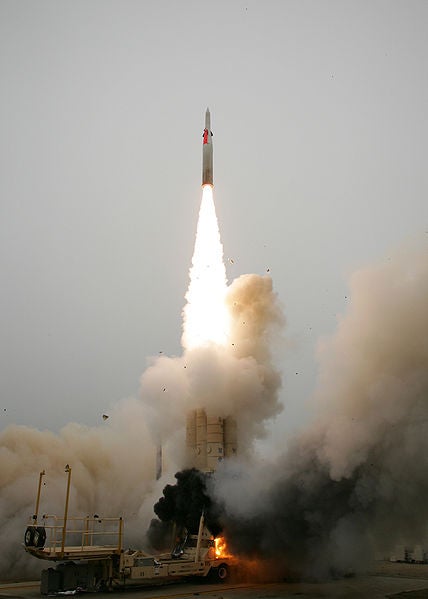 The Israeli Air Force (IAF) will soon receive a new advanced Arrow anti-ballistic missile system interceptor in the near future to help boost its defences in the wake of Iran’s controversial nuclear programme.

The new interceptor also called Block 4 contains a new software, which aims to improve the system’s ability to defend against long-range ballistic missiles such as Iranian Shahab and Sajil, as well as Syrian Scud-C/D missiles, according to The Jerusalem Post.

The Arrow is a family of anti-ballistic missiles designed to fulfil an Israeli requirement for a theatre missile defence system that would be more effective against ballistic missiles compared to its MIM-104 Patriot surface-to-air missiles.

The Israeli Defence Ministry is currently planning to conduct the first interception flight test of Arrow 3, a new higher-level system designed to protect the nation against long-range ballistic missile threats in the stratosphere.

Arrow 3 recently underwent testing in February 2012, during which an IAF’s F-15 fighter jet launched a Blue Sparrow missile to imitate long-range Iranian ballistic missiles, which was successfully tracked by the Arrow radar and detection system.

In a bid to enhance the Arrow’s range, the air force is also connecting the Arrow to the Super Green Pine radar that will replace the older radar used to detect and track incoming ballistic missiles.