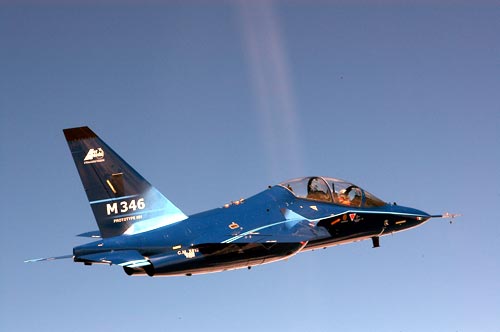 The Israeli defence ministry has selected Alenia Aermacchi’s M-346 Master as its new advanced combat trainer for the Israeli Air Force (IAF), ending the competition between Italy and South Korea for the $1bn contract.

Under the deal, which is subject to government approval, Alenia will supply 30 trainers starting in mid 2014 to replace the IAF’s fleet of ageing American Douglas TA-4 Skyhawks, which served as the air force training apparatus for 40 years.

Italy will reciprocate the purchase by buying $1bn worth of Israeli defence equipment, including satellites and airborne warning and control system (AWACS) aircraft, and will jointly develop a new reconnaissance satellite with the nation.

Meanwhile, South Korea expressed unhappiness over the nation’s trainer selection procedure, and claimed that it was not up to "international standards".

IAF officials, however, stressed that the selection was transparent and completely based on performance of the two aircraft during testing as well as on costs, specifications, maintenance cost, safety, and training quality for cadets.

South Korea had proposed the T-50 Golden Eagle supersonic advanced trainer, jointly developed by Korean Aerospace Industries (KAI) and Lockheed Martin for the tender, with a counter-offer of $1.6bn for the purchase of the Iron Dome anti-missile system from Israel.

TOR, a joint venture between Israel Aerospace Industries (IAI) and Elbit Systems, will be the point of contact for the purchase of planes, maintenance, and sell air time to the Air Force.Based on the Russian Yak-130 combat trainer, the M-346 Master is a military transonic trainer aircraft designed to provide combat pilot training for front line fighters with high angle-of-attack capability.

Image: TheM-346 Master, which will replace Israel’s fleet of Douglas TA-4 Skyhawks.

The Military Simulation and Virtual Training Market in Saudi Arabia to 2025: Market Brief

The Military Simulation and Virtual Training Market in the UAE to 2025: Market Brief

The Military Radar Market in the UAE to 2024: Market Brief