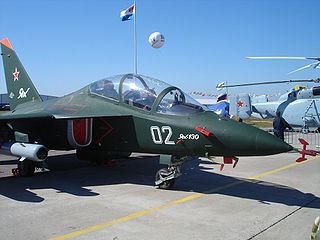 Bobrun was quoted by RIA Novosti as saying: ”On October 4, the first batch of Yak-130 combat trainers fly from the Irkut plant to the Borisoglebsk airfield [Voronezh region] after an extensive flight testing programme.”

The delivery forms part of an undisclosed contract signed between the company and Russian Ministry of Defence (MoD) in December 2011 for delivery of 55 Yak-130 jets by 2015.

The aircraft is capable of carrying a total combat load of 3,000kg, whilst also conducting light-attack and reconnaissance missions at subsonic speeds of 600mph, in all weather conditions.

The aircraft has also been ordered by the air forces of Algeria, Libya Syrian and Vietnam.