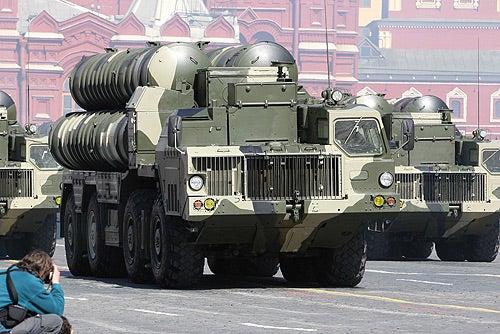 The Iranian ambassador to Russia, Mahmoud-Reza Sajjadi, has said Iran will withdraw its $4bn lawsuit against Moscow, if Russia honours the S-300 surface-air-missile (SAM) systems delivery contract, signed in late 2007.

Speaking to Russian Izvestia daily, Sajjadi said that Iran and the Russian Federal Service are likely to re-start discussions to sort out the issue.

Iran’s Ministry of Defence (MoD) and the Aerospace Industries Organization sued Russia’s state-arm-exporter Rosoboronexport in the Geneva International Court of Justice in April 2011, demanding the company either honour the contract or pay compensation.

According to Sajjadi, Iran had demanded compensation of $900m for Russia’s failure to honour the contract, but an additional $3bn was added by the court, bringing the claim to $4bn.

Tehran ordered a total of five S-300 systems from Moscow under an $800m deal in 2007, but the contract was cancelled by former Russian president Dmitry Medvedev following a fourth UN Security Council arms embargo on Iran in June 2010.

Moscow has already returned Iran’s deposit of $166.8m for the systems, but Iran maintains that the surface-to-air missile systems do not fall under the UN Security Council Resolution 1929.

Developed by NPO Almaz Bureau, the high-precision missile system is capable of tracking up to 100 simultaneous targets from a distance of 150km.

Image: A Russian S-300 anti-aircraft missile system being displayed at a military parade in Moscow. Photo: courtesy of kremlin.ru.