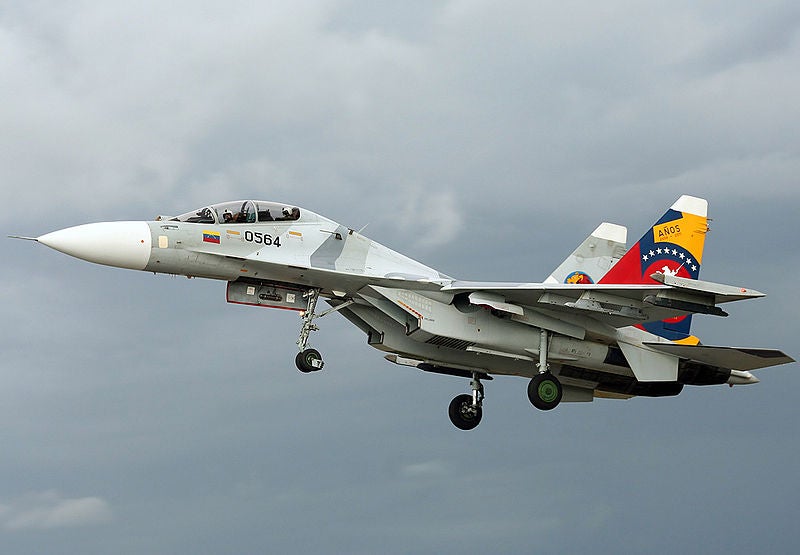 The Indonesian Air Force (TNI AU) has taken delivery of the first two Sukhoi Su-30MK2 multirole fighter aircraft, under contract from Russia at the Sultan Hasanuddin Air Force Base, in Makassar, Indonesia.

The aircraft, part of a delivery contract covering the supply of a total six fighters, were handed over in a disassembled condition and without engines, as reported by The Jakarta Post.

A $470m contract was awarded by Indonesia’s Ministry of Defence (MoD) to the Russian state arms exporter, Rosoboronexport, in December 2011.

Around 12 engines to power the entire fleet are scheduled to arrive at the base on 27 February, following which approximately 17 technicians will start the assembly of the fighter jets.

Hasanuddin Air Force Base spokesman major Muliadi said the assembly process is expected to be complete in two weeks, including flight tests, while he added that the aircraft do not feature any weapons, other than internal cannons.

"A $470m contract was awarded by Indonesia’s Ministry of Defence (MoD) to the Russian state arms exporter, Rosoboronexport."

”The weapons will be purchased separately after the jet fighters are assembled, just like other batches,” Muliadi explained.

Powered by two AL-31F turbofan engines, the Su-30MK2 is an upgraded version of the Su-30 fighter, designed to conduct air-to-air and air-to-surface deep interdiction missions in all-weather conditions.

Designated as a naval strike fighter, the aircraft can also be used for pilot training, and features an improved fire-control system that enables enhanced surface-target detection capabilities and an air-to-air and air-to-surface weapon suite, with the ordnance mounted on 12 hardpoints.

Additional features include an in-flight refuelling system, reinforced airframe and landing gear, to allow operations with maximum combat load and fuel capacity with a take-off weight up to 38t. Remaining aircraft under the contract are scheduled to be delivered in June and July 2013.