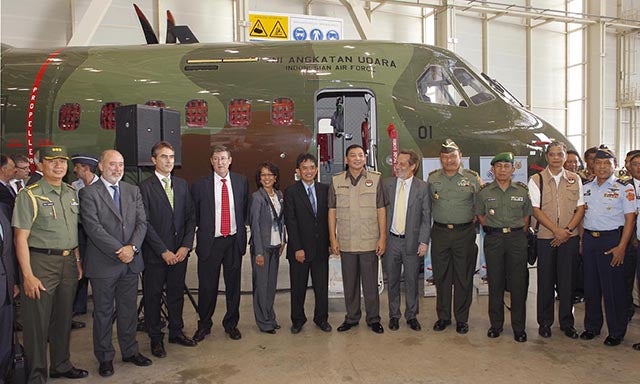 The delivery forms part of the $325m contract signed with PT Dirgantara Indonesia (PT DI) in February 2012, for the delivery of nine aircraft along with training systems to support the air force’s transport missions in the region.

Designated as CN-295, the aircraft will be operated by the air force to conduct a wide range of operations, such as military, logistical, humanitarian and medical evacuation missions.

As part of the contract, the two companies will also set up a service and delivery centre and a final assembly line in Indonesia along with a joint venture to market the C295 in the region.

A stretched derivative of the CN-235 transporter, the C-295 features characteristic high-wing, rear-loader design that enable easy loading of mission pallets, passengers, cargo, and litters for communication and logistic duties or paratrooping operations.

The final aircraft is scheduled for delivery in the middle of 2014.