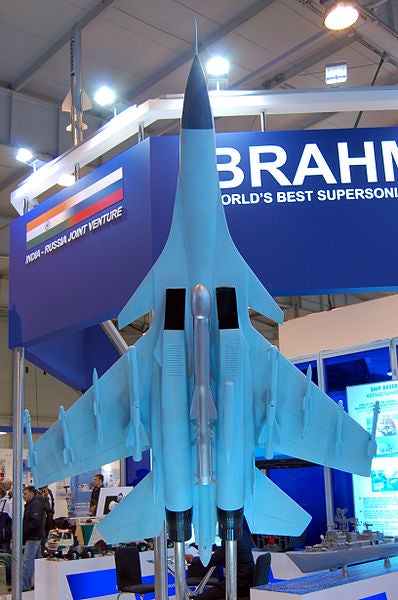 The Indian Cabinet Committee on Security (CCS) is soon to clear an INR65bn ($1.16bn) proposal for the installation of BrahMos supersonic cruise missiles on the Indian Air Force’s (IAF) fleet of Sukhoi Su-30MKI fighter aircraft.

Considered after feasibility studies confirmed that the missile can be efficiently mounted and fired to lethal effect, the programme seeks the integration of 216 air-launched variants on 42 fighter jets in an effort to help enhance conventional offensive capabilities of the Indian military.

Two BrahMos equipped Su-30MKI fighter prototypes are expected to be developed for a series of field trials during the initial phase of the programme.

An unidentified senior military official was quoted by Times of India as saying that an additional 40 fighters will be locally equipped with the missile, following completion of field trials.

According to defence sources, the aircraft is required to undergo some fuselage modifications in a bid to accommodate the BrahMos missiles, which have been developed by Brahmos Aerospace, a joint venture between India’s Defence Research and Development Organisation (DRDO) and Russian NPO Mashinostroyenia.

Brahmos Aerospace and Hindustan Aeronautics Limited (HAL) are scheduled to perform the installation work in India, with design and technical consultancy from Russia, the sources added.

The 290km range missile possesses a speed of Mach 2.8 and is capable of flying as low as 10m above the ground to intercept surface targets even in mountainous terrain and hillocks.

The ground and ship-launched versions of BrahMos has already been inducted into service with the Indian Army and Navy, while flight tests of the airborne variant, which will use air breathing scramjet propulsion technology, are expected to be completed by the end of 2012.

Image: A mock BrahMos missile under Su-30MKI maquette being displayed at MAKS 2009. Photo: courtesy of Allocer.