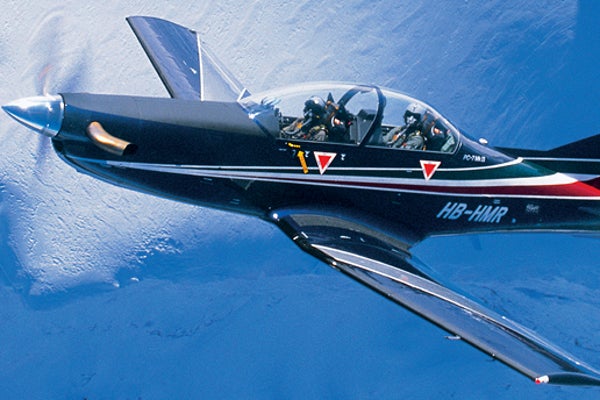 The Indian Air Force (IAF) has formally inducted the Pilatus PC-7 MkII aircraft into operational service during an official ceremony at the Air Force Academy at Dundigul in Hyderabad, India.

The aircraft is expected to be used for basic training of rookie pilots of the IAF, as well as the Indian Navy and the Coast Guard, starting from July.

Speaking during the ceremony, Indian State, Youth Affairs and Sports minister Jitendra Singh said the induction of PC-7Mk II as basic trainer aircraft represents a significant landmark in the country’s efforts to modernise its armed forces.

”The aircraft, with its excellent handling characteristics, user-friendly onboard instrumentation and modern navigation systems, is ideally suited for IAF’s training requirements,” Singh added.

IAF Chief Instructor (Flying) air commodore Nagesh Kapoor said the aircraft will train the ab-initio pilots about the nuances of basic flying, while exposing them to modern avionics and nav aids.

”This trainer will provide a solid foundation and facilitate a seamless transition from ab-initio stage through intermediate and advanced stages into full-fledged operational flying for all streams,” Kapoor added.

The air force has so far taken delivery of ten PC-7 aircraft out of total 75 turboprop basic trainers ordered under a SFr500m ($523m) contract from Pilatus Aircraft to replace the IAF’s Deepak HPT-32 trainer aircraft fleet in May 2012.

Apart from an integrated ground-based training system and a comprehensive logistics support package, the contract also requires the company to implement the required transfer of technology to Hindustan Aeronautics, enabling establishment of in-country depot-level maintenance facilities to support the aircraft throughout its 30-year service life.

The aircraft is also operational with the air forces of South Africa, Botswana, Malaysia and Brunei.