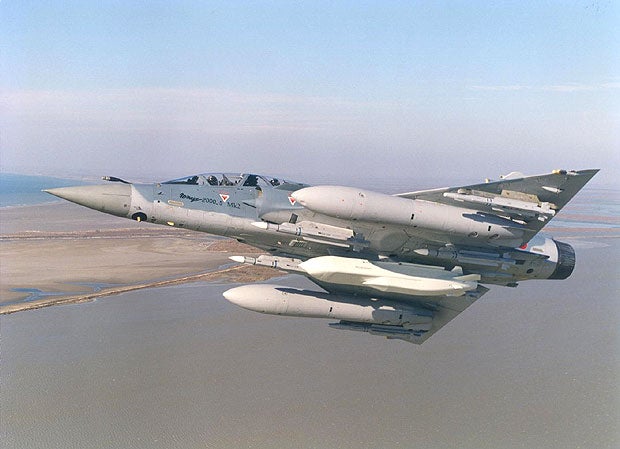 Under the contract, MBDA will execute offset agreements worth 30% of the contract value as part of India’s policy of demanding such agreements from overseas defence contractors. The MBDA-built MICA is an anti-air, multi-target, all weather, fire-and-forget short and medium-range missile system designed for use by both air platforms as individual missiles as well as ground units and ships.

The missile provides a high level of tactical flexibility and high beyond-visual-range fire power for air superiority during missions including combat air patrol, sweep, deep strike, recce and maritime operations. The 51 Mirage 2000 aircraft are currently undergoing upgrades under a $2.2bn deal signed in 2011 with Thales and Dassault, which is scheduled to complete over the next ten years.

The upgrade includes improved avionics, sensors, weapon capabilities and electronic warfare suite and a new-generation digital electronic warfare suite, and is intended to extend the life of fighter aircraft. The aircraft will also feature high-performance, multimode airborne radar with longer detection ranges and will be equipped with a glass cockpit to project the flight and mission parameters on the head-up display.

India has already sent two aircraft to France for upgrades, while the remaining planes will be modernised at a local Hindustan Aeronautics Limited (HAL) facility. The Dassault-built Mirage 2000 is a multirole combat fighter equipped with a range of air-to-surface missiles and weapons including laser-guided bombs.