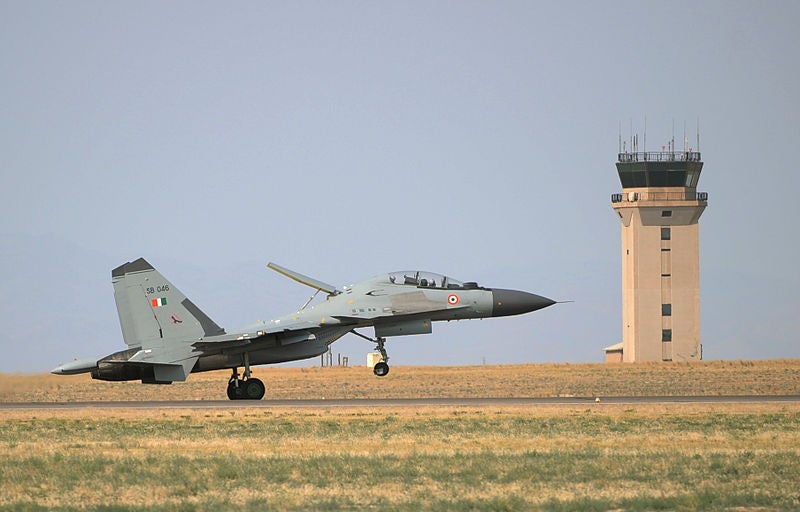 India is likely to sign a multi-billion contract with Russia for the supply of upgraded Sukhoi Su-30MKI fighter jets during an official visit of President Vladimir Putin at the end of October 2012.

Unidentified military sources were quoted by Russia & India Report as saying that the contract will have a potential value of $3.77bn and covers the supply of a total of 40 SU-30MKI fighters.

Sources also added that India, Russia Inter-Governmental Commission on Military-Technical Cooperation is conducting a meeting next week to make the contract ready for signing by the two defence ministries during delegation-level talks in New Delhi, India.

The additional aircraft are being ordered to meet the Indian Air Force’s (IAF) air defence requirements because of delays to the $10.2bn medium multi-role combat aircraft (MMRCA) programme, which was awarded to Dassault Aviation in February 2012.

Developed by Sukhoi Design Bureau, the Su-30MKI is a long-range air superiority fighter designed to conduct a wide-range of air combat and ground-attack missions in all weather conditions.

The aircraft is manufactured by Hindustan Aeronautics Limited (HAL) under licence from Sukhoi, and first entered operational service in 2002, followed by subsequent inductions at several IAF bases in Bareilly, Pune, Jodhpur, Assam, and most recently at Punjab, India.

The proposed contract takes the IAF’s Su-30MKI fleet to 272, and the first aircraft is expected to be delivered during 2014-15 timeframe.

As of January 2012, the air force operated 190 Su-30MKIs. The aircraft are expected to serve as the backbone of its fighter fleet beyond 2020.