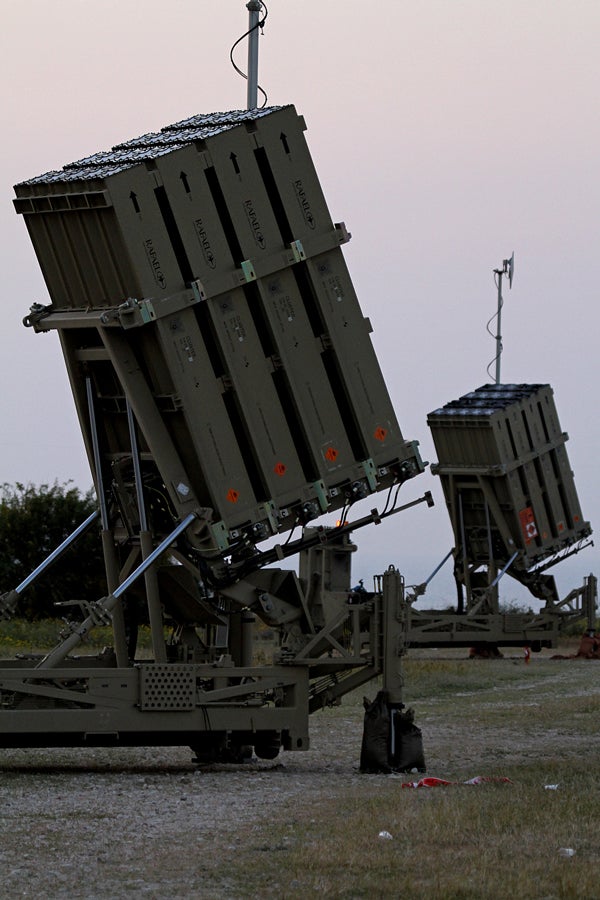 The Israeli Air Force’s (IAF) Aerial Defense Division is currently setting up the first Iron Dome anti-rocket defence system battery for use by the reserve soldiers.

Representing the overall sixth battery in service with the IAF, the new battery is scheduled to constitute the basis of a full reserve battalion and will be used for operation of the Iron Dome system during emergencies, alongside other regular forces’ batteries in the future.

"We’re at the point where we have finished setting up and building the regular forces, and we are setting up the first reserve battery, which will be the basis of additional reserve batteries that will constitute a full battalion in the future,” Haimovitch said.

The reservists, including combat soldiers, interceptors and technicians are now scheduled to be trained in operation of the system and its deployment in different operational territories during emergencies.

Haimovitch added, "All reserve soldiers who make up the battery will be graduates of the regular force batteries, soldiers with operational experience in operating the system – be they professional technicians or combat soldiers and interceptors."

Developed by Rafael Advanced Defense Systems with significant funding support from the US, Iron Dome is a mobile air defence system designed to intercept and destroy short-range rockets and 155mm artillery shells in all weather conditions.

Equipped with a tracking radar, a battle management and weapons control unit and a missile firing unit, the system can simultaneously intercept multiple threats that are launched from a distance of four to 70km, and aircraft flying at high altitudes.