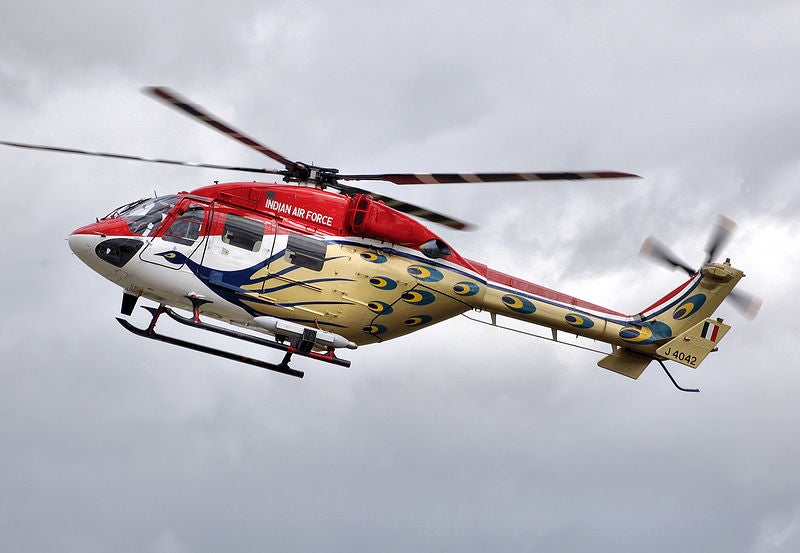 The Indian Air Force (IAF) will deploy a second batch of five indigenous Dhruv advanced light helicopters at Jodhpur Air Force Station, Rajasthan, as part of its efforts to modernise and strengthen the combat capability in the western sector. Defence spokesperson colonel SD Goswami was quoted by the Press Trust of India as saying that the helicopters will replace the base’s ageing Chetak helicopter fleet, and will primarily be used for training, rescue and light transport missions. The pilots have completed the conversion training to adapt to the change from Chetak to Dhruv helicopter, Goswami added, noting that the Mark 1 Dhruv will further be replaced by Mark III variants.

Jodhpur Air Force station Air Officer Commanding (AOC) air commodore B Saju was also quoted by the news agency as saying that, "We have received five Dhruvs and are all set to receive five more by December this year."

"The helicopters will replace the base’s ageing Chetak helicopter fleet, and will primarily be used for training, rescue and light transport missions."

The Chetak helicopters are scheduled to be transferred to different IAF air bases across the country, according to Goswami. The Jodhpur Air Force Station currently possesses two squadrons, one each of Chetak and Russian-built Mil Mi-17 attack helicopters. Manufactured by government-owned Hindustan Aeronautics (HAL), the Dhruv is an advanced 5.5t class light helicopter (ALH) designed for the Indian Army, Air Force, Navy, Coast Guard and civil operations, for both utility and attack missions during day and night. Powered by two Turbomeca TM 333-2C or 2B2 engines, the helicopter is being developed in several military variants, including transport, utility, reconnaissance and medical evacuation roles. Currently operational with the armed forces of India, Bolivia, Burma, Israel, Maldives and Nepal, the multi-mission helicopter is also being considered by Chile and Peru.