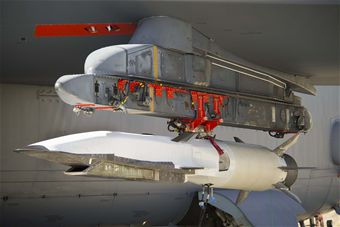 The US Air Force (USAF) has confirmed the third flight test of its experimental X-51A WaveRider hypersonic jet as a failure following its crash into the Pacific Ocean shortly after launch, citing problems with one of the cruiser control fins.

"All our data showed we had created the right conditions for engine ignition and we were very hopeful to meet our test objectives," Brink added.

WaveRider was successfully launched by a USAF B-52 strategic bomber from an altitude of 50,000ft over Point Mugu Naval Air Warfare Center Sea Range on 14 August 2012, and was supposed to fly for around five minutes, in an attempt to reach a speed of Mach 6, which equates to 4,300mph.

However, problem with the control fin was identified by the air force 16 seconds after its launch, which led the aircraft to spin out of control and eventually crash, 15 seconds following separation from its preliminary rocket booster.

A similar testing in June 2011 also ended in disappointment for the air force as the Waverider could only attain a speed of Mach 5, while during May 2010 flight, the jet flew for more than three minutes at Mach 4.88.

Only one X-51A vehicle now remains with the air force, and is awaiting a flight decision from AFRL officials.

Waverider is one of several projects aimed at developing a hypersonic aircraft, with the Pentagon and Nasa hoping that the project will lead to the production of faster missiles.

The programme is jointly managed by a consortium of the AFRL, Defence Advanced Research Projects Agency (DARPA), Boeing and Pratt & Whitney Rocketdyne, and is supported by NASA.

Image: The X-51A Waverider mounted under the wing of a USAF’s B-52 bomber in preparation of its 14 August flight test. Photo: courtesy of Boeing.