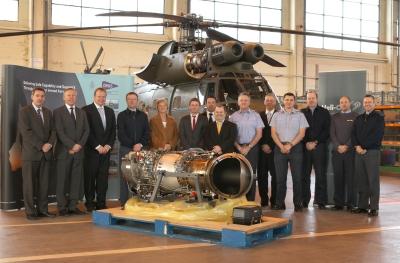 As part of this multimillion pound contract, the company will service the RAF No. 33 and 230 Squadron’s fleet of 24 Puma HC2 helicopters, with a pool of new, powerful Makila 1A1 engines for the next 13 years.

Leveraging extensive operational and maintenance expertise in Makila engines, the company’s service support model fully addresses requirements of the UK Ministry of Defence (MoD), which sought a CLS solution that not only offered 100% engine availability, but will also provide cost-efficiency to the UK taxpayer.

Heli-One European Operation vice president Lars Landsnes said the knowledge gained by the company through operation of Makila engines in both benign and harsh environments will play a significant role in helping the RAF achieve optimal mission-readiness.

"Heli-One have substantial experience in the support of the Makila engine and the robust support arrangements we have agreed will help secure this performance advantage for the military and deliver excellent value for the taxpayer," Craddock added.

Devised after in-depth analysis of RAF requirements, the innovative proposal features the ability to maintain engine availability using Makila 1A1 assets from the company’s own stock, if required.

As part of the contract, the company will permanently station its technical engineers at RAF Benson to conduct joint work with RAF operations staff.

The MoD will be capable of forecasting expenditure schedules based on planned flight hours, logged through an RAF and Heli-One dual reporting system, during the contract duration.

Engine repair and deep overhaul activity is scheduled to be carried out at the company’s facility in Stavanger, Norway.