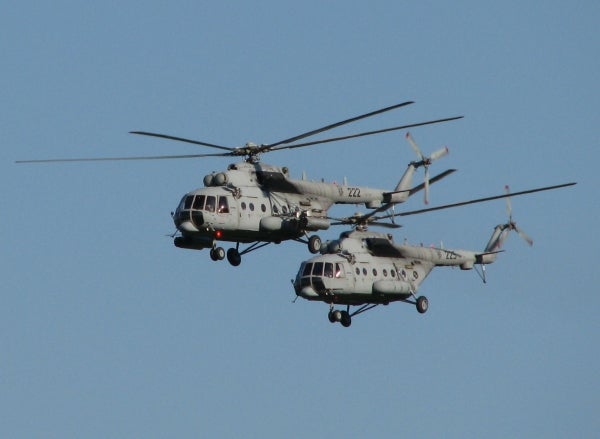 Manufactured by Russian state-arm-exporter, Rosoboronexport, the helicopters were delivered in December 2012.

Ghana president John Dramani Mahama said the helicopters will enable the military to safeguard the country’s territorial waters, and also play a significant role in peacekeeping missions in the African continent and beyond.

The multi-purpose armoured military helicopters are also capable of engaging the air force staff throughout the year.

"I can assure you that the perennial resignation of the Air Force pilots to join private companies will also end as a result of these helicopters," Mahama added.

Ghana defence minister retired lieutenant general Joseph Henry Smith said the rotorcraft are integrated with exhaust to control warfare measures, and are provided with a training package that will deliver more capacity building to the air force personnel.

The air force has also established an advanced logistics warehouse for maintenance and preservation of all the necessary equipment for the newly delivered helicopters.

Powered by two Klimov TV3-117VM turboshaft engines, the Mi-171Sh is a derivative of the Mi-171 helicopter, and is used for the airlift of assault forces and cargo transport at a maximum altitude of 6,000m in the battlefield.

The helicopter can also be configured to conduct troop fire support, air-to-surface attack, escort of the military columns, medical evacuation, and combat search and rescue operations in all weather conditions.

More than 120 helicopters have been delivered to date by Rosoboronexport to customers in the Middle East, South East Asia, Africa and Eastern Europe.