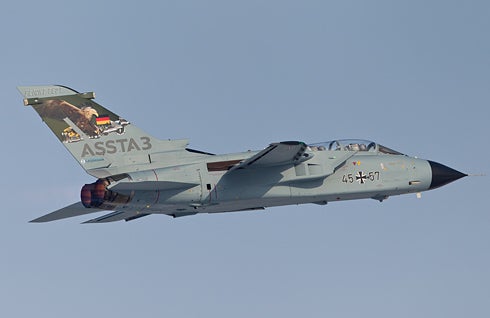 The delivery follows several months of retrofitting, certification and acceptance trials conducted by Cassidian at its facility in Manching, Germany, in cooperation with Bundeswehr Technical Centre 61.

MIDS uses the Link 16 communication standard (STANAG 5516) to enable the crew to exchange tactical data such as exchange flight, mission and navigation data, in addition to voice commands with other aircraft and ground stations.

Cassidian is currently developing the ASSTA 3.1 version of the aircraft’s electronic systems, which includes replacement of monochrome TV/tabs with colour displays and integration of the MIDS basic package with a full mission control/situation display.

Around 85 operational Tornado aircraft are scheduled to be upgraded to ASSTA 3.0 standard by 2018 and the new aircraft will be used by the German Air Force’s Fighter Bomber Wing 33.