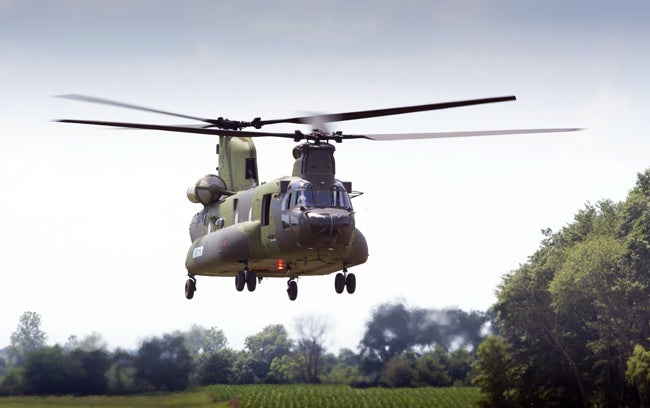 The undisclosed award follows a maintenance training suite/contractor maintenance support contract previously secured by the company in July 2012, and forms an integral part of Boeing’s support for Canada’s Industrial and Regional Benefits (IRB) policy for the Chinook helicopter.

General Dynamics Canada vice president and general manager, David Ibbetson, said: "This program will add to our current experience in supporting Canadian military platforms and provide value to our customer through the introduction and sustainment of the Chinook fleet."

Under the contract, the company will provide reliability, availability and maintainability support, systems and support engineering, integrated logistics, as well as structural integrity engineering services to Boeing.

CH-147F life-cycle support, including system logistics and training services, will be provided through a long-term performance-based logistics (PBL) programme, which is expected to generate benefits of around $2bn for Canada over the next 20 years.

A total of 15 CH-147F Chinooks were ordered by the Canadian Department of National Defence (DND) in June 2009, along with associated support services for RCAF, which currently uses CH-147D model for operations in Afghanistan.

The first helicopter had successfully completed its inaugural test flight at Boeing’s facility in Ridley Park, Pennsylvania, US, in July 2012.