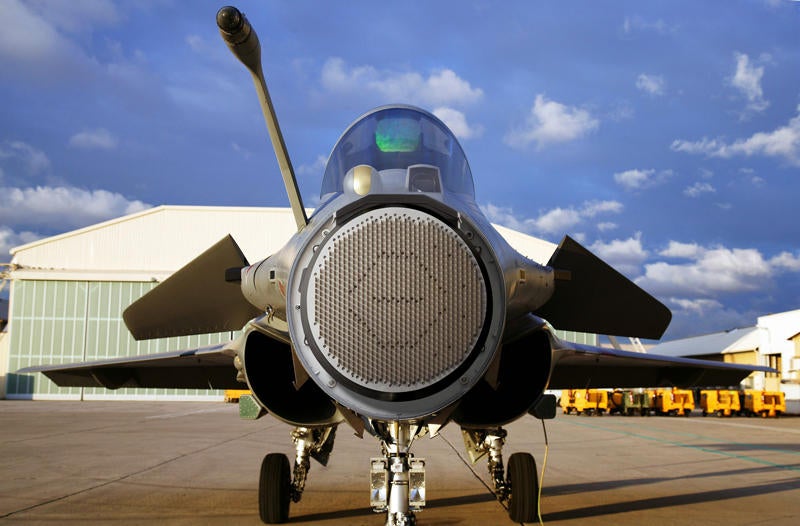 The delivery represents a significant milestone in the €90m contract signed between the DGA and industry partners in July 2004 for the production and installation of the RBE2 AESA radar in the fourth tranche of 60 Rafale strike fighter jets.

Known as the C137, the new single-seat aircraft becomes the first European combat jet to feature an AESA radar and is scheduled to be delivered and stationed at the French Air Force’s Mont de Marsan air base.

Developed by Thales, the system was handed over to Dassault in February 2012 to replace the aircraft’s existing passively scanned array RBE2 radar, following comprehensive flight testing for three-months at the Istres air base in Marseille, France.

The multirole radar extends operational range of the Omnirole combat aircraft increasing its compatibility with the latest-generation long-range air-to-air missiles, including the Meteor.

The radar is capable of tracking up to 40 aircraft and successfully engaging eight of them during air-to-air combat operations.

The fourth tranche of Rafale aircraft will be used by the French Air Force and Navy and is scheduled to enter into operational service in the middle of 2013.

Image: The first production RBE2-equipped Rafale fighter during its handover ceremony at Dassault’s facility in France. Photo: courtesy of Ministry of Defense 2012, Copyright.