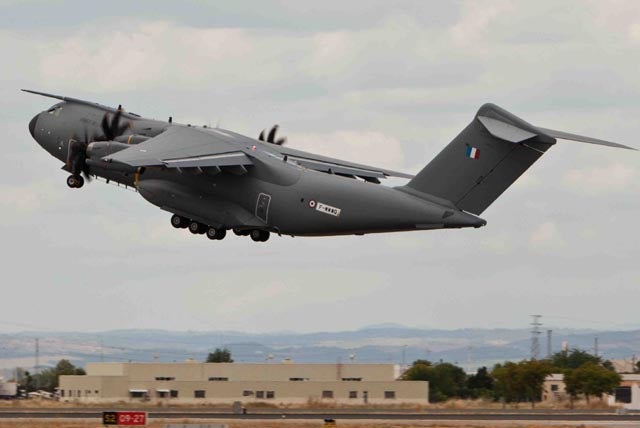 Carried out on 7 June, the test flight moves the aircraft closer to its scheduled delivery to the air force during the third quarter of 2013.

Having completed its initial test flight in early March, the first production A400M aircraft, designated MSN7, is set for handover to ALAT in the coming weeks.

The test flight moves the aircraft closer to its scheduled delivery to the air force during the third quarter of 2013.

However, unidentified industry sources were quoted by Reuters as saying that the delivery could be postponed beyond its original second-quarter target date, and will instead take place on 14 July, in time for the country’s Bastille Day celebrations.

Meanwhile, an Airbus Military spokeswoman refused to comment on whether postponement will have affect on the schedule of financial payments from Europe’s Organisation conjointe de coopération en matière d’armement (OCCAR).

"As this is part of the contractual agreements with our customer OCCAR, we are not in a position to comment on financial milestones," the spokeswoman noted.

Dubbed Atlas, A400M is a tactical airlifter with strategic capabilities, and can be configured to conduct long-range cargo and troop transport, medical evacuation, aerial refuelling and electronic surveillance missions.

The aircraft has also been ordered by the air forces of Belgium, Germany, Luxembourg, Spain, Turkey, Malaysia and the UK.

With 50 aircraft on contract, ALAT is also set to receive an additional two aircraft by the end of this year, with deliveries expected to be completed by 2025.