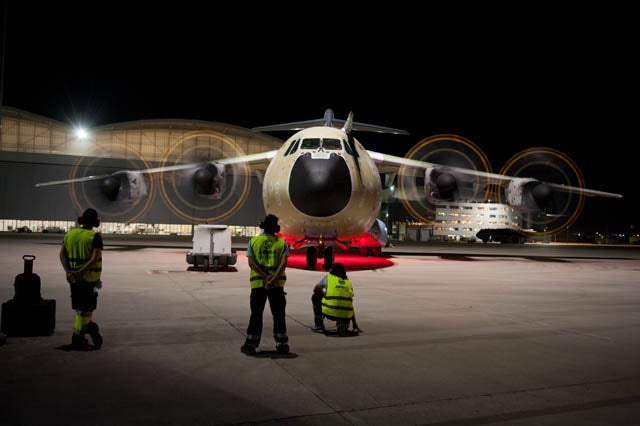 Airbus Military has successfully completed the first engine runs of the Turkish Air Force’s (TuAF) first A400M transport aircraft, marking a significant step forward in its delivery to the customer.

The aircraft is scheduled to be transferred to the company’s delivery centre in September 2013.

Meanwhile, the aircraft, designated as MSN9, has also performed an initial taxi trial, using only its outboard engines at the same facility, FlightGlobal reports.

The aircraft represents the third production A400M to have been manufactured by Airbus Military, following two French Air Force’s examples, according to the news agency.

"The aircraft represents the third production A400M to have been manufactured by Airbus Military, following two French Air Force’s examples."

Around ten A400M aircraft were ordered by the TuAF to help address its cargo transport requirements in May 2003.

Besides Turkey and France, the aircraft has also been ordered by the air forces of Belgium, Germany, Luxembourg, Spain, Malaysia and the UK.

Deliveries of all Turkish A400Ms are scheduled to be completed in 2018, according to the Turkish defence procurement agency (SSM).