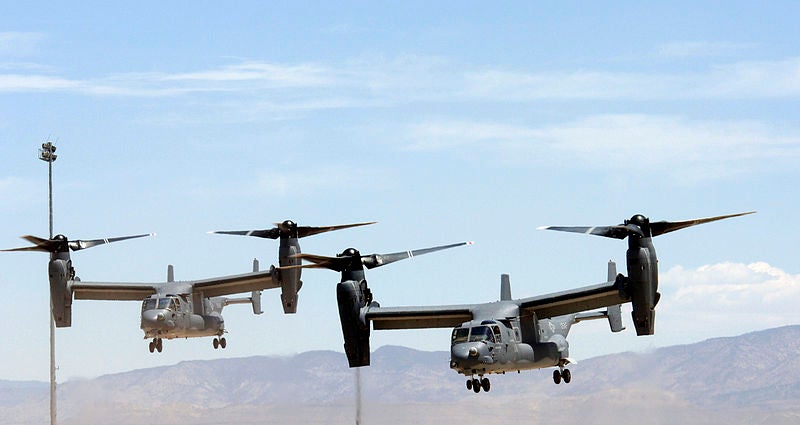 Ceratech CEO, John Hyman, said: "The combined thermal and corrosion resistance of Firerok makes it a perfect fit for extreme conditions and its durability provides a lifecycle 3-5 times longer than any portland product."

Firerok comprises of a dense crystalline structure which dramatically improves thermal resistance. The cement is being used at installations in the US, England, and the Mid-east.

Firerok can endure intermittent temperatures as high as 1,850°F, and sustained temperatures up to 570°F, while retaining its strength.

The denser bonding of the Firerok reduces permeability for the aircraft while enabling them significantly more durable in caustic and corrosive chemical environments.

Powered by twin Rolls-Royce AE 1107C-Liberty engines, the V-22 aircraft is being designed to provide a combination of the functionality of a conventional helicopter along with the long-range, high-speed cruise performance of a turboprop aircraft.