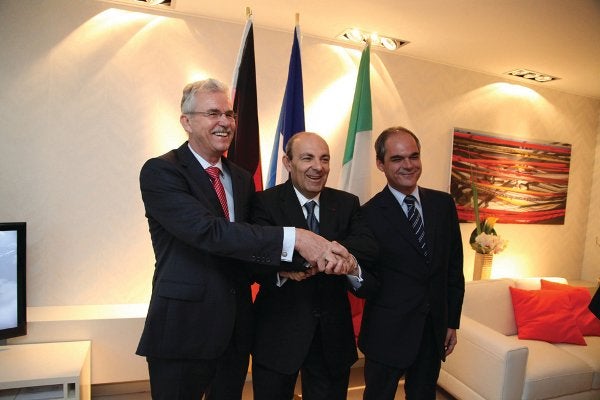 In a statement released at the ongoing Paris International Air Show at Le Bourget Exhibition Center in France, the companies said the programme will support the European armed forces’ capability needs, whilst enabling joint research and development funding during difficult budgetary situation.

”The program would be orientated to foster the development of high technologies and contribute to sustaining key competencies and jobs within Europe,” the statement added.

The companies expect the programme to enable Europe to maintain its sovereignty and independence in information and intelligence management, simultaneously delivering a robust system that can withstand cyberattacks.

Cassidian has offered its Future European MALE proposal to European governments, including Germany and France, at the show, while simultaneously inviting other European companies to collaborate.

The company had previously proposed the Talarion UAV as a Future European MALE (Female) system, but had to cancel the programme in 2012 due to the absence of government funding.