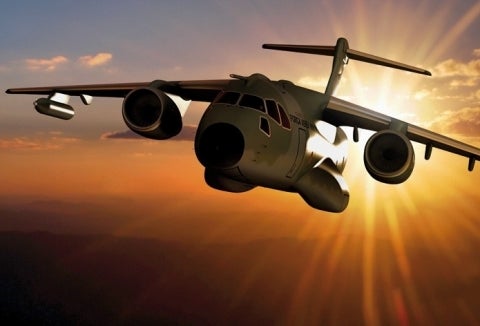 Under the agreement, the company will manufacture and deliver unspecified units of hydraulic filter manifolds and assemblies for KC-390 aircraft during the next 30 years.

Developed from the latest filtration technology in accordance with Embraer’s specifications, the filter manifolds and assemblies will boost the KC-390’s reliability through purification of pressurised hydraulic fluids that power its flight control systems, cargo door and landing gears.

Combining a number of separate filtration components into a single unit, the filter manifold cost-efficiently purifies contaminants that are introduced into hydraulic system fluids from the environment, during manufacturing and routine maintenance, as well as from component wear.

"The filter manifolds and assemblies will boost the KC-390’s reliability through purification of pressurised hydraulic fluids."

These contaminants, if not removed, will recirculate, leading to corrosion, fluid degradation, reduced system efficiency and ultimately failure of the associated components.

Embraer is currently manufacturing 28 KC-390s as part of a $1.3bn contract received in April 2009, to help replace the FAB’s existing fleet of 22 Lockheed Martin-built C-130E/Hs and KC-130 aircraft.

The initial test flight of the KC-390 aircraft is expected to take place in 2014, followed by entry into operational service in 2016.

Initial deliveries under the contract are expected to take place by the end of 2013.